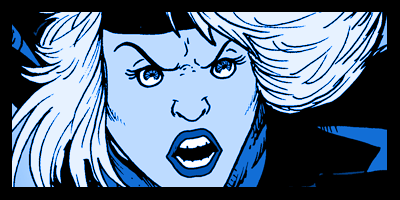 So, this is one of the more complicated requests I got over the course of the year. I had actually attempted to do this one many times throughout the months, and always failed or got caught up in something else. A few weeks ago when I decided to expand the Daily Sketches by four days and got ahead of schedule, I knew that I had one last chance to get this done. I kind of hate it. There are bits and pieces I like from it, but it really enforced what I dislike most about drawing comics and why I have sort of left it behind.

It’s this and this only: I’m not instantly good at it.

I have become so lazy and so out of practice when it comes to sequential work that I can pretty much only churn out Liefeldian-level crap. Bad anatomy, perspective, backgrounds, figure placement, design, etc. Sequential pages are a skill, and it’s one that I don’t have. Not anymore, anyway. There’s a part of me that definitely wants to get better at it, but a stronger part of me that realizes that it’s going to take a long time, so why bother?

I have issues, and I am aware of them. That’s the first step right?

Anyhoo. I love Keith Giffen and JM DeMatteis’ Justice League comics. They are probably among my favorite superhero comics ever. They’re fun, funny, exciting and they prove that you don’t need A-List characters to tell good stories. Giffen & DeMatteis are responsible for my love of Booster Gold and Blue Beetle, and slightly lesser love for all the other lovable knuckleheads that populated their run on the Justice League. It’s their work that inspired a truly awful live-action Justice League TV pilot, and despite how bad that show is, I still kinda love it, just because of the spiritual source for it.

This is a modified recreation of a classic scene from issue 5 of their run, drawn by Kevin Maguire – the “One Punch” scene. When Margaret Cross asked if I was familiar with “One Punch”, the answer was an obvious and quick “Yes!”. Unsure of what exactly she was requesting, she clarified that she wanted the scene with recreated with Black Canary – her favorite character and namesake of her daughter – in her classic costume (fishnets and leather) “one punching” the Black Canary that was featured in this era of the Justice League – the workout tracksuit headband monstrosity we see here. I was more than happy to do it, but realized I would need to also draw the surrounding panels to give it context. I struggled with it and it took me until now to finally just do it.

I wish I’d had more time to color it properly. And to draw it better.

Also, I realize that I’m comparing myself to Kevin Maguire, and that can only lead to bad things. He’s an amazing artist and a bigger influence on me than I ever thought he was initially.

Margaret Cross is a woman whom I don’t really know. She’s one of the few Facebook friends I have that I’ve never met or really have any clue who she is, but amongst those, she’s among my favorite stranger/friends. Not enough to win an award, but pretty cool nonetheless. She’s a singer/actress with great taste in comedy, comedy podcasts and comic books. Basically, the kind of woman I’d like to find someday, but probably never will, and if I did, she’d be way out of my league.

That last line might be creepy. I did not intend it to be. Also, not gonna change or delete it.

Below is a cut-together version of the original panels by Maguire. Even back in ’87 or so when this book originally was released, he was pretty great and he was just starting out at the time. Like I said earlier, I think Maguire was one of those artists whose style I did not set out to ape or be influenced by, but it sort of just happened anyway. 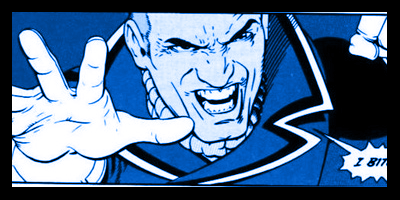