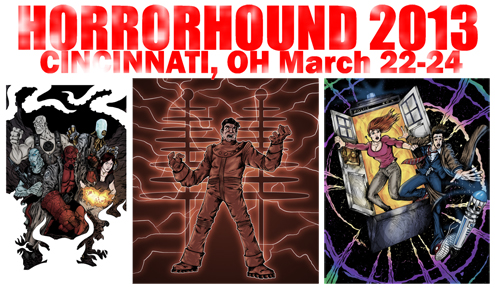 On March 22nd – 24th 2013, I will be at HorrorHound Weekend in Cincinnati, Ohio! I will be there alongside Michael Madsen, the cast of The Walking Dead, John Carpenter, and Oderus Urungus! But mostly, I’ll be there sharing a table with my pal Kurt Dinse!

We will both have art for sale and will be doing sketches. I will be selling prints of the artwork seen above, plus one other that I will unveil later.

So come on out and say hi and bask in the glow of friendly gore.