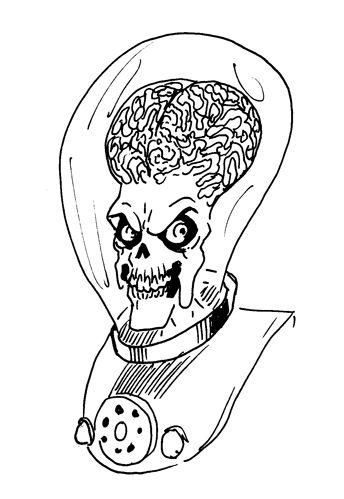 I’ve never seen the original Mars Attacks trading cards, but I’ve seen the Tim Burton movie and heard The Misfits’ song. Actually, it was the first Michale Graves Misfits song I listened to that convinced me to buy the CDs of his era of the band.

Also, I didn’t like the movie when I first saw it. I don’t why. It was actually years later when I worked at the TV station, we aired it one weekend afternoon, and for some reason, it really hit me how funny and good it was. It could be because it distracted me from my shitty job and mostly retarded co-workers (not you guys, who might be reading this that I worked with. The other guys. You remember them).