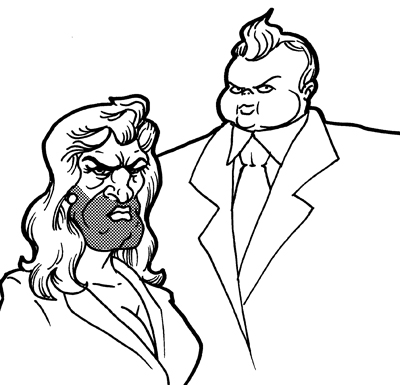 I’ve been watching a TON of the Batman: Brave and the Bold cartoon, which – other than the many (many) musical numbers – I’ve decided is the best television show in which Batman is the star. Ever. So, I drew a couple villains from the show – Babyface and his wife, Mrs. Manface.

Other than the singing, I can’t think of a bad thing about this show. Well, I guess that it’s no longer going to be on air soon. That’s a bad thing.