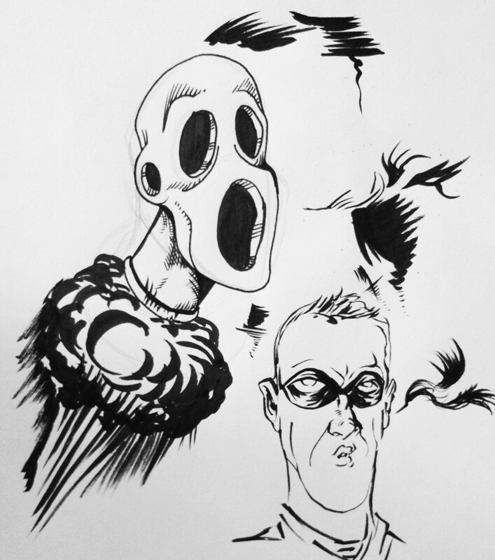 Testing out a new brush pen and sketchpad.

I watched Son of Batman the other night because I clearly don’t get enough Batman in my life, or think about Batman at all times or anything. Anyway, it might be the worst DC animated movie so far, and I sat through Justice League: War and Flashpoint Paradox. Actually, the worst is Green Lantern: Emerald Knights. There’s a story in it told from the point of view of Hal Jordan recounting a story told to him from another Lantern, told as a flashback within a flashback. What a piece of shit. Not even Henry Rollins as Kilowog could make it better. Anyhoo, Son of Batman is loosely based on a couple of Grant Morrison stories but without the imagination and charisma. Draining all remaining life from it is the voice cast, including Greg from Dharma and Greg as Deathstroke who seems to have been half-asleep when reading (and I mean barely reading – not acting) his lines.