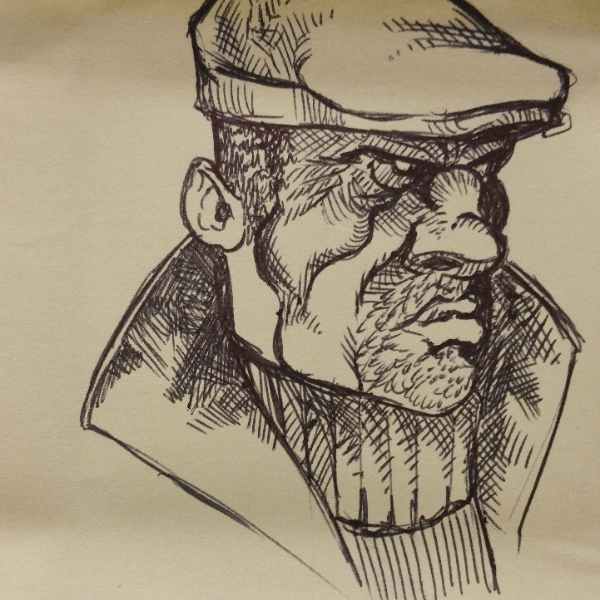 February 1st is a big day in Sketch-a-Day Land. On February 1st 2011, I started the first Sketch-a-Day, which last 369 days (up top!). I was never gonna do it again, until 2012 was my least productive year, so I decided to start it again, on February 1st 2013. This time I went to 669 days (my brotha!). I took a two month break to work on some other projects, and started the 3rd and current iteration on February 1st 2015. Yesterday marks (not counting bonus sketches and whatnot [which there have been a lot of]). I’ve missed exactly one day due to excessive drinking. So. That makes today my OFFICIAL 1,769th daily drawing (up top my brotha!). Unofficially, there’s a lot more. Don’t do the math, it’ll hurt you.

That said, there’s no end in sight for this incarnation of the Sketch-a-Day barring severe illness or death, and I am working hard to try to stem my willingness to succumb to the latter. I’m still here. I’ll still continue to be here.