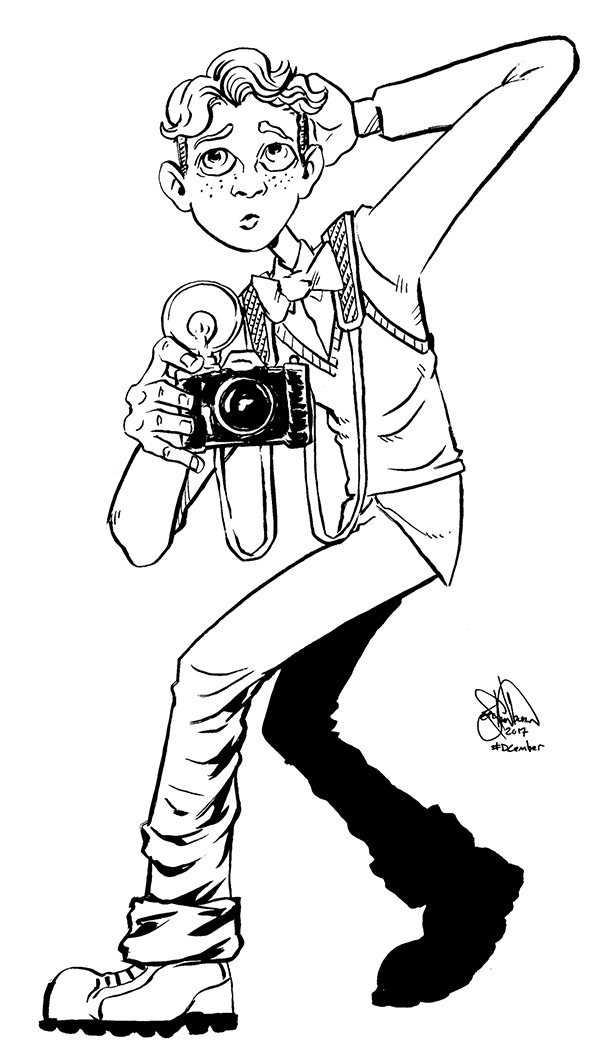 I decided to do a theme month on the blog for the month of December 2017 – or DCember, if you will.

All DC Comics characters, all month, 31 days of Johnny DC. Can you handle it? Probably. If you can’t, seek help.

My self-imposed rules: No Superman or Batman characters.

Except for this one. Just this one Superman character. Other than that, no others.

I drew him the way he’s supposed to be, though: a scrawny, young nerd, not a studly, sexy muscleman like in the Supergirl TV show.

Even on that show, it’d be so much better if he would occasionally lapse into just being an uber-dork, like a facade slipping, and not the righteous, cool, collected man-meat as he is portrayed.