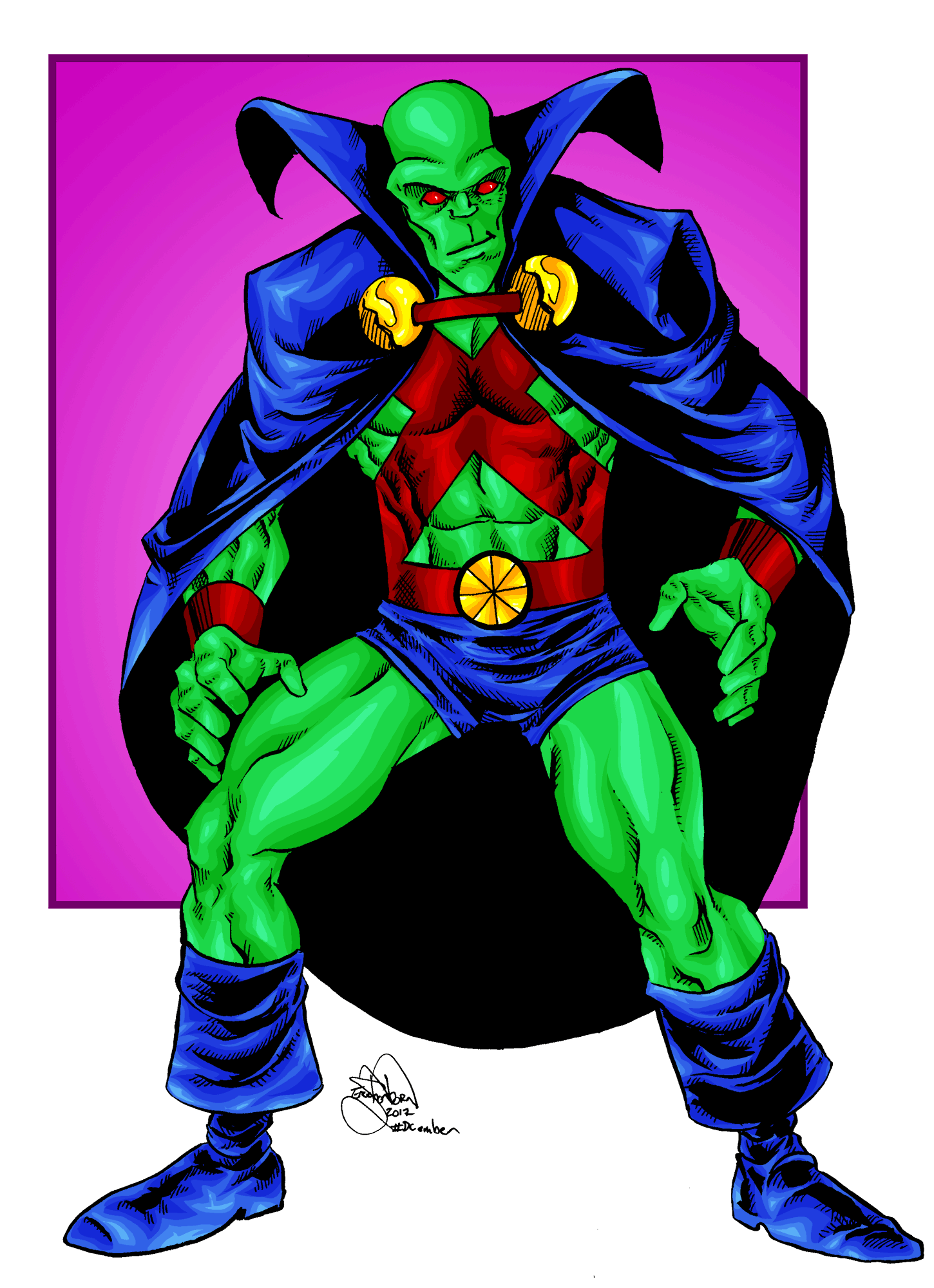 I have a lot of feelings about Martian Manhunter. He definitely gets the shaft a lot, as a character. He’s often presented as a morose, brooding sad-sack. Not sure when that started. If he’s not that, then he’s presented as an Oreo-obsessed joke that has no purpose. It’s weird. It’s also weird that the world at large probably recognizes him as a Supergirl side character and before that a Smallville side character. People must think he is Superman’s sidekick. Which is unfair. Doesn’t help that their powers are similar (though J’onn has more). That and he’s constantly ignored or underused by DC. When he does appear, it’s usually an attempt to FURTHER darken him up, which goes against the best versions of his character. Also, every redesign of his costume has been terrible, and every attempt to exaggerate his alien look has been dumb.
***
I’m still here.
***
My Art Store
Commission Info