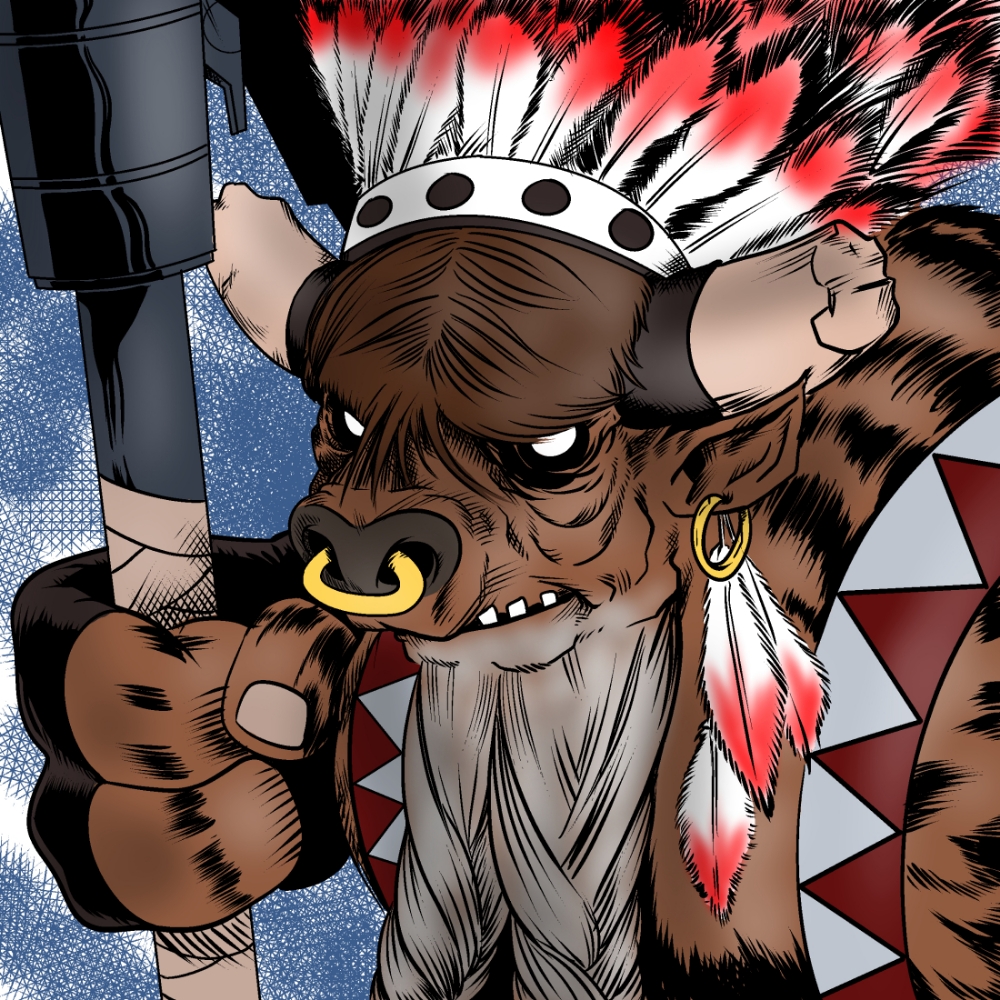 Week Two! This week is presented by the Hughes family. Bruce Hughes is one of my oldest friends, in fact, the only person I have known since the 90s with whom I am still friends, other than his wife Ralphie, who I was friends with first.

Bruce picked Cairne Bloodhoof from WORLD OF WARCRAFT. He said not to draw the badass version, but every reference I found was badass, and then there’s a Blaine Bloodhoof, and quite frankly it was all confusing.