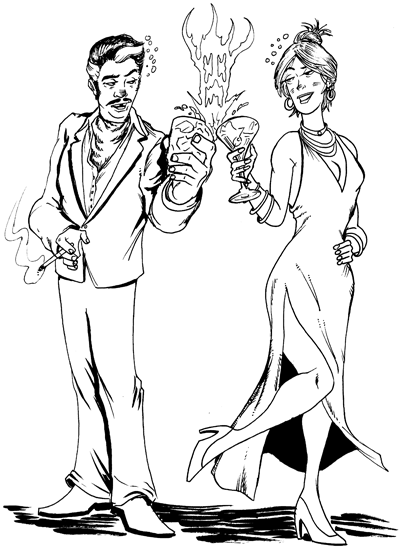 I listen to a ton of podcasts at work. Actually, it’s all I listen to at work. Most of the shows I listen to are of the comedy variety, and include a show called The Thrilling Adventure Hour. TAH is a show in which old-timey type radio shows are performed live in front of an audience, and are always of a comedic nature. The shows that they perform are things like Sparks Nevada: Marshal on Mars, Captain Laserbeam, and Jefferson Reid, Ace American (with Nathan Fillion as Jefferson).

A few months back I had to change my RSS podcatcher. I had noticed that the one I was using was not downloading my own podcasts, and wouldn’t download the Never Not Funny podcast because of the password protection for that show. Eventually, it just stopped downloading random episodes of random shows. I switched it out, but for some reason, Thrilling Adventure Hour was the one show my new RSS Feeder couldn’t accept. Luckily, this past week, TAH switched over to being hosted by The Nerdist podcast network, and I was once again able to subscribe. So for the past two days, I’ve been listening to like 20 episode of TAH in a row, including my favorite show of the bunch, Beyond Belief.

Beyond Belief is performed by comedian Paul F. Tompkins and actress Paget Brewster, who portray Frank and Sadie Doyle – socialite lushes with a penchant for dealing with the supernatural and other horrific creatures, often while incredibly drunk and droll. I’ve been a fan of Paget Brewster’s since her time on Andy Richter Controls the Universe and from her performance in The Specials (the forgotten superhero parody movie). I’ve only become aware of Paul F. Tompkins in the past two or three years, but he has easily become one of my favorite comedians. He appears frequently on many of the podcasts I listen to and always makes my day better when that happens.

After overloading on Beyond Belief episodes today, I felt the need to doodle Frank and Sadie, or at least, how they appear in my head. Clink.