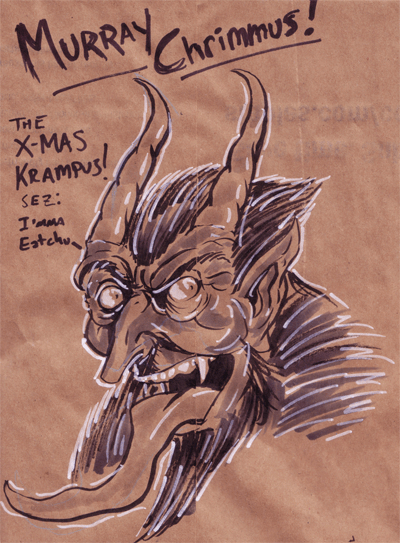 My friend Amanda and I exchanged presents last night, and despite being 33 years old, I refuse to actually purchase wrapping paper. So I found a giant brown bag, reversed it and drew the above drawing on the front of the package. She loved it. 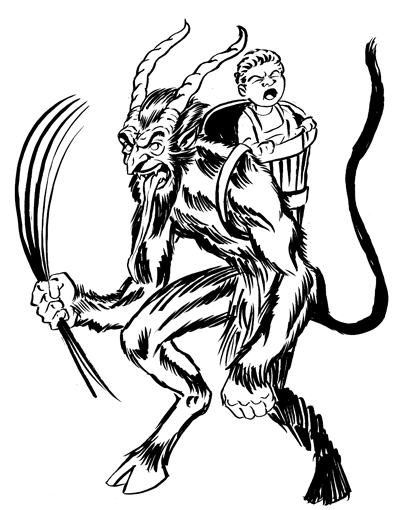 So, It’s Christmas Eve. A few years ago, I learned about The Krampus. It was featured in the Venture Bros. Christmas Special (which is hilarious), but I had forgotten about it until I watched an internet cartoon featuring Glenn Danzig and Henry Rollins in a romantic relationship. Danzig was eagerly waiting to celebrate Black Christmas, and The Krampus shows up. It was due to this that I had to read up on The Krampus.

The Krampus is apparently a German demon who was Santa Claus’ sidekick. While Santa went around and lavished gifts upon the good children, The Krampus would dole out wicked punishment – usually lashes – to the naughty. He also likes to carry a wicker basket, usually filled with screaming or horrified children.

The Krampus is fucking awesome!