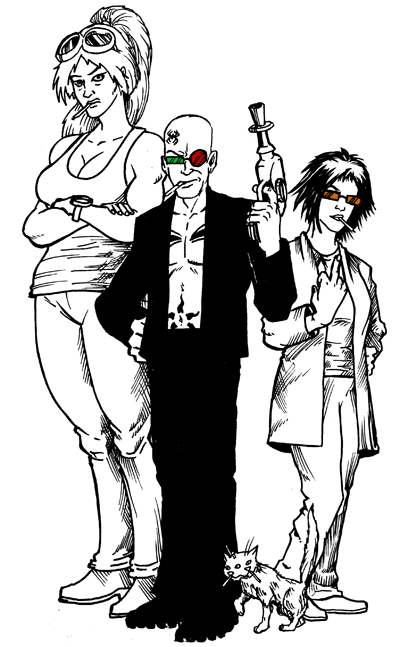 I love Transmetropolitan. It’s one of the few long-run series that I’ve read multiple times in its entirety (Preacher, The Invisibles and Shade the Changing Man being the others).

A few years back we had a pretty bad winter where it seemed to continuously snow for weeks on end. One morning, sound asleep, I wake up to an incredibly loud crashing sound. I live above a business, and sometimes they do some minor handy-work, so clangs and crashes aren’t entirely uncommon. But still, I got up to investigate. I discovered that the roof above my office had gotten so weighed down with snow that it caved in my ceiling. The damage was pretty extensive, but luckily it missed my computer and other expensive items. However there was now a gaping hole in the ceiling and roof, and everything was wet. Sadly, I had been in the middle of one of my read-throughs of Transmet, and there was a stack of issues directly under what became “ground zero” in my office. I lost issues 7-25 of Transmet. To this day, 6-7 years later, there are a couple issues that I still don’t have, and they are far pricier than I’m willing to pay to get them back. And when I’m at conventions or new comic shops, I can never remember issue numbers.

And that is my slightly personal Transmet history, but not nearly as personal as it could have gotten as I erased several drafts of this. I have been awake for 20 hours at the time I am writing this.