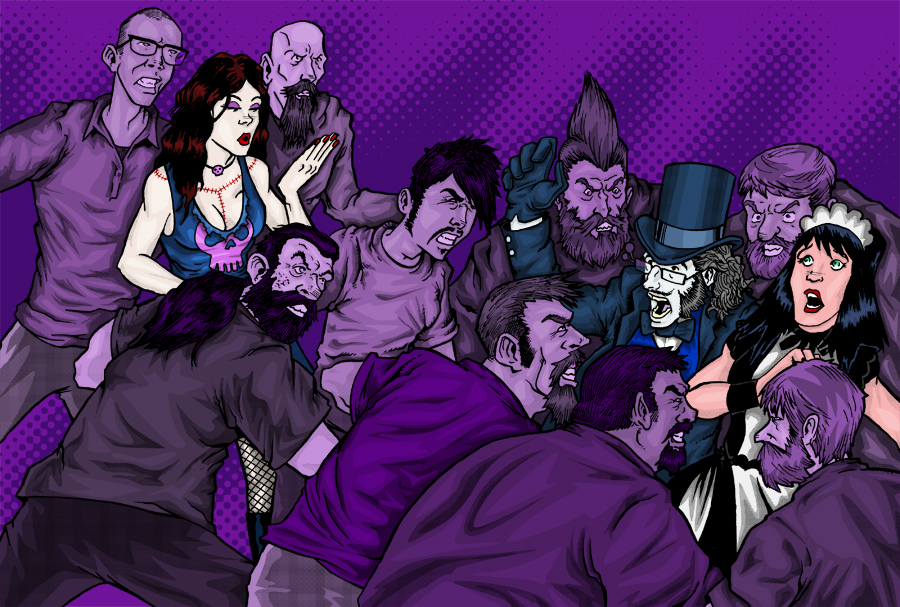 Once again under the employ of Mr. Matthew Brassfield, I was asked to come up with a cover for his television show, Terrifying Tales of the Macabre. The regular episodes of the show have season-centric templates designed by Bruce O. Hughes. Bruce also did the illustrations for Season 1, while Jeff Potter and Jesy Kessel worked on Season 2. Jason Young and I are working on Season 3 as I type. Occasionally, the Baron & company go on a field trip or do something crazy and there is a special episode in which a one-off cover design is made. So back in March when Baron Von Porkchop and Viola Poison went to the Horrorhound convention in Columbus, Matt asked if I could do the cover for that special episode.

Above is the cover without the text, below is the full design. 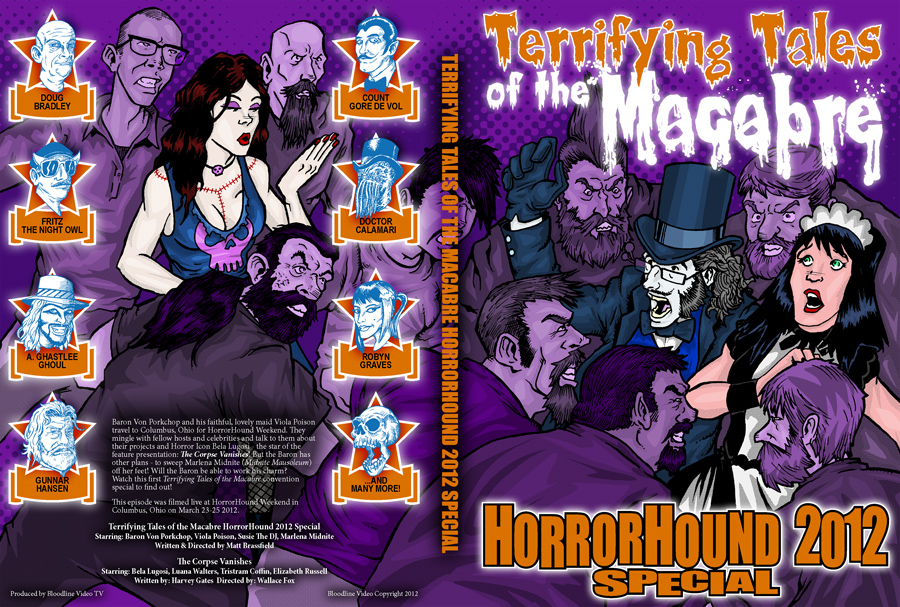