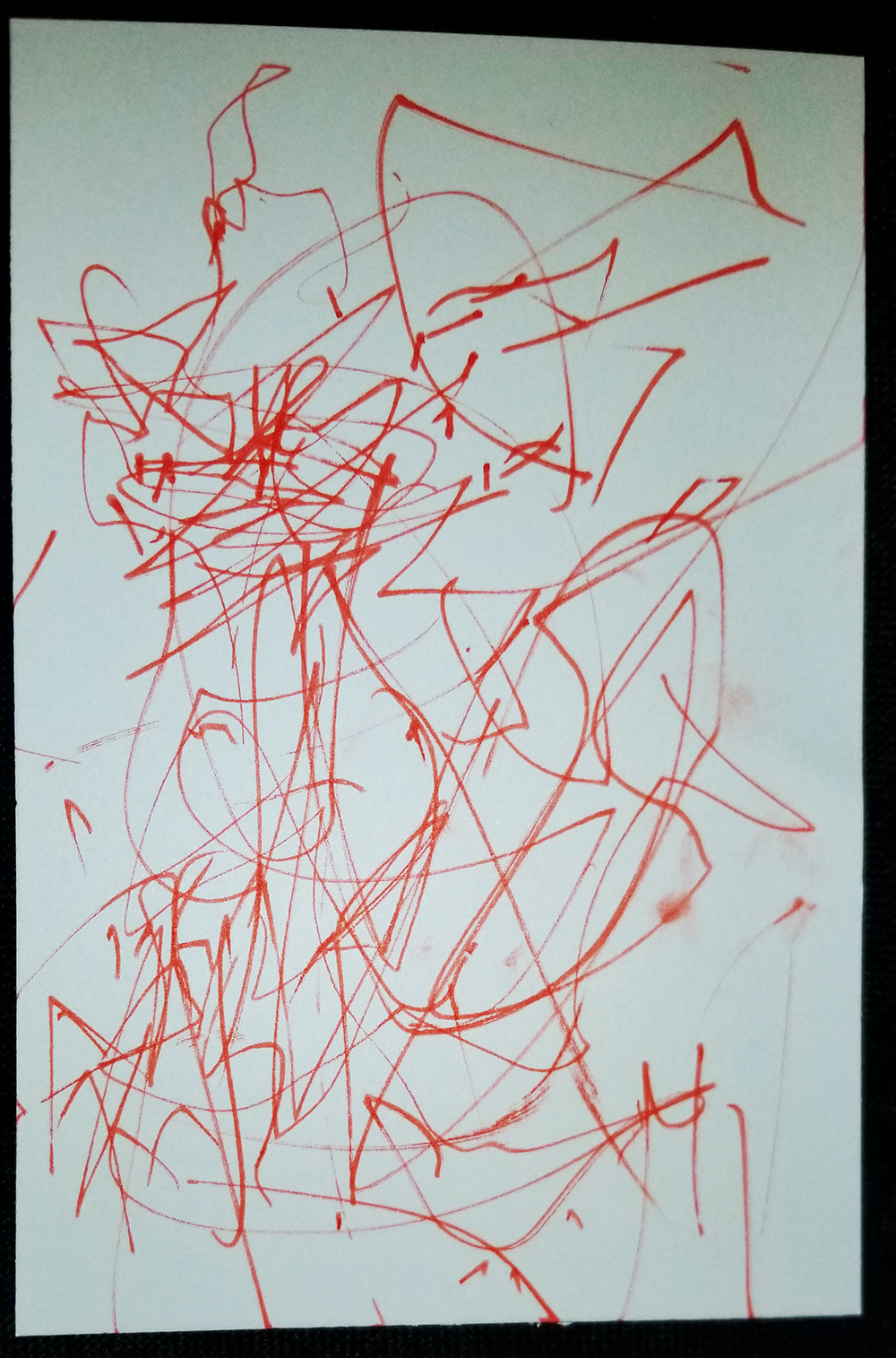 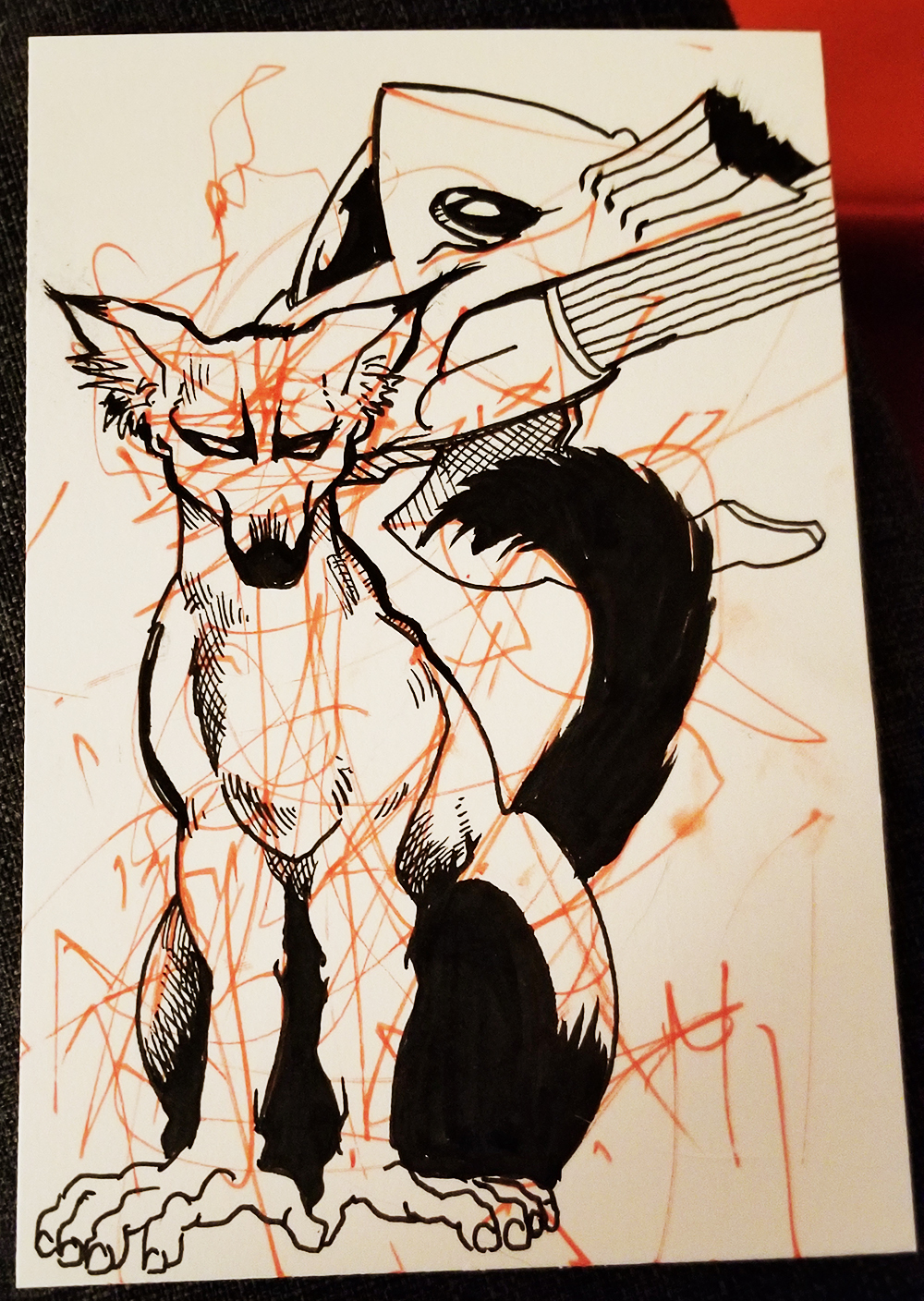 My 2.5 year old bestie, Emmy – daughter of 45 year old bestie Jason – and I collaborated on a project last Thursday. She drew the red scribbles, I did the black inks. She also ran around a lot and threw herself into many objects and frequently declared that she had farted and that she pees in toilets. So, basically, just a normal drawing night with Jason, but with less alcohol or Police Academy movies.