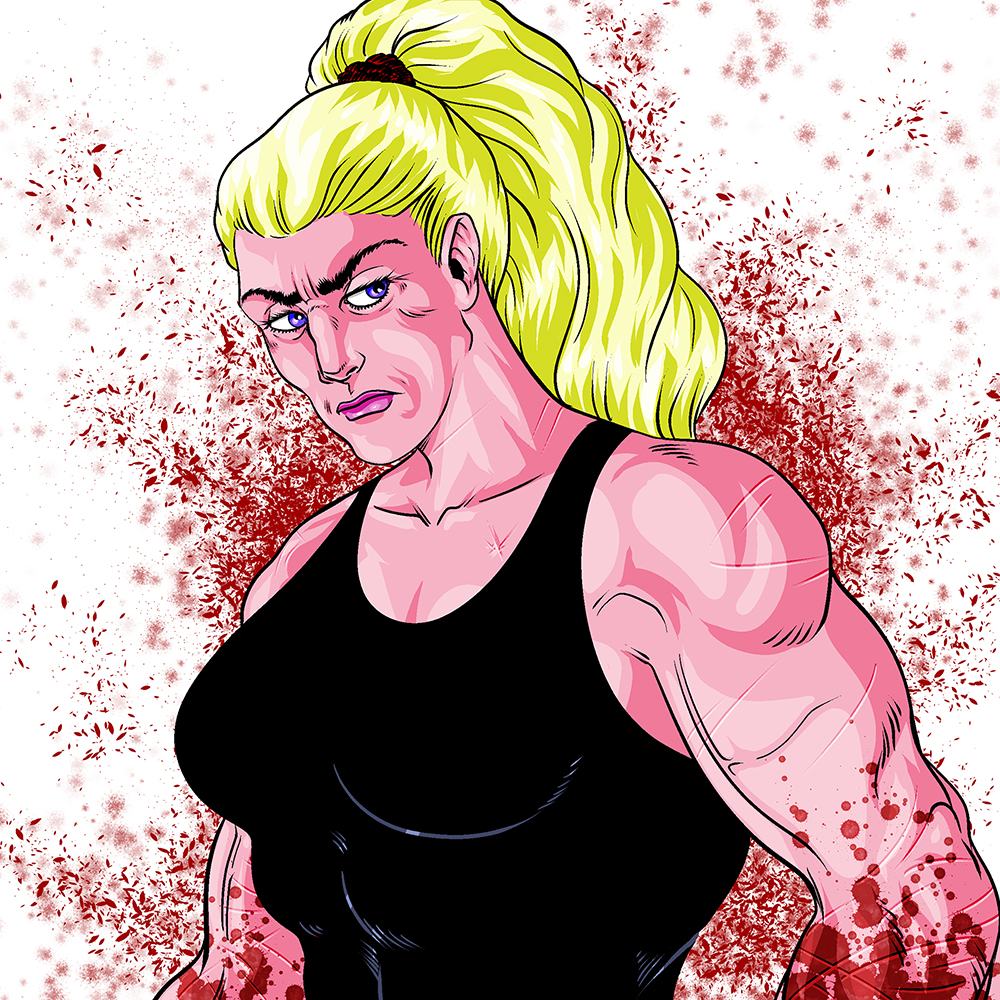 When I met my current ladylove, she did not like comics. Which is good, because who needs some Fake Geek Girl bullshit, am I right, my dudes? Comics are for boys! I bet she doesn’t even know Bart Allen’s home address in Alabama!

No, wait, that’s wrong. Who gives a fuck? And, comics are for everyone. There is a comic out there for literally anyone. So, when she broached the subject of possibly wanting to read a comic, I knew I could find SOMETHING she liked. I’m learning her tastes and interests. But she said specifically “I like female protagonists and dark subject matter.”

Now, there’s a hundred other things I could have found to start her on, but I picked Strangers in Paradise. There were no preconcieved notions, no TV shows or movies to look at and compare. It is its own thing, and it’s a book that I loved when I first read it over 20 years ago. It’s also a book that just kind of fell off my radar at a certain point. I think what happened was that I was buying the trade paperbacks, but then caught up with the monthly comic schedule. I’m just enough OCD that if I buy a comic series in one format, I’m not switching to another. Then, I just bought the trades irregularly. It wasn’t until a few years ago that I finally finished the collection, but I still had never gone back to read where I had stopped.

So, I decided that I would keep up with her. As she read Strangers for the first time, I would re-read alongside her, and then finally catch up and finish the series. I was absolutely delight to find that my ladyfriend loved the series, but fell in love with the characters. I was also delighted to find that, after a rocky start (I mean, the first couple trades are definitely very early 90s), I also remembered what I loved about the series and Terry Moore’s work in general.

The ladyperson is still heading into the end of the first SiP series, but I have plowed forward, and re-read Echo; read Rachel Rising, Motor Girl, and SiP XXV. Currently I’m reading the Endgame of the Mooreniverse, Five Years. I have the Serial omnibus on order, and awaiting Ever in my next monthly comic shipment.

All that is to say, is I’ve fallen down a Terryhole.

And in the course of reading all this stuff, I thought “I should draw some of these characters”.

First up is Tambi Baker, a major supporting character in Strangers, and honestly one that I grew to love quite a bit more than most of the others. She’s sort of the Wolverine or Snake Eyes of the Mooreniverse, but before either of those characters really ran their course. Aloof, cool, badass, mysterious. Tambi!