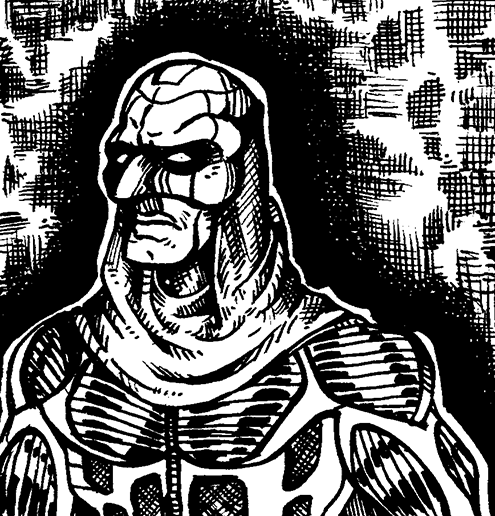 Yesterday was a weird day. I got half a day off work and I came home fully intending to work on stuff all day and night. Instead I watched a bunch of movies, took a four hour nap, drove around for about an hour while in the midst of some sort of nervous break down, drank an entire bottle of wine and then around midnight finally got some drawing done.

FDR: American Badass!. I didn’t even finish watching it, but I saw a majority of it. It’s basically about Franklin Delano Roosevelt (played by Barry Bostwick) who gets bitten by a werewolf and contracts polio. When he gets elected to the presidency, he wages war against the werewolves, aka Mussolini, Hitler and Hirohito. If that sounds interesting and fun, then you’ll get duped just like I was.

Nature Calls. Patton Oswalt is a scoutmaster who kidnaps a bunch of kids to go camping, and his brother Johnny Knoxville tries to get the kids back. It’s… eh.

Kuffs. Early 90s Christian Slater action comedy. I saw it back then on video and I liked it. It still holds up. It’s the movie that I learned the rule about PG-13 films can contain one instance of the word “fuck”.

I watched about half of Lockout, the Guy Pierce basically-a-remake-of-Escape from New York/LA-but-on-a-space-station. I had to stop watching so I could actually be productive last night. I’ll finish the rest of it later. What I saw was enjoyable and I liked it better than Escape from New York