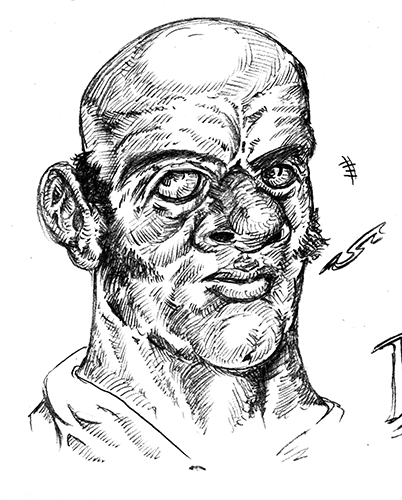 Caught Elysium this morning, Neill Blomkamp’s follow-up to District 9, a movie that I declared my favorite movie of the year it came out. Because when I declare things, it is important. So, I was looking forward to this one. I liked it a lot, but definitely not my favorite movie of the year, or even the best I’ve seen this year or even the summer. But it was good, solid sci-fi. William Fichtner is great reprising his role as Master Chang from the movie Wrong. Matt Damon is pretty good and Jodie Foster is also pretty strong in it as well. I enjoyed the world they created and the cultures and how most everyone has some indistinguishable hodge-podge accent. If you’re looking for a well-thought through sci-fi action movie, you really can’t go wrong with it.
After that was over, I casually mosied on over to the theater where Kick-Ass 2 was playing, after stopping by the concesh stand to refill my beverage. I have not read the comics that Kick-Ass 1 or 2 are based on. I prefer not to. Mark Millar is a terrible writer and from all accounts, probably a terrible person. Which is a shame, because I did used to be a pretty big fan of his. It seems that once he became successful and popular, and in addition to severing his ties to his friend and writing partner Grant Morrison, that the quality of his work took a severe nosedive into the realm of absolute shit. I still count his Swamp Thing run as equal to that of Alan Moore’s and his work on The Authority was pretty great. Superman: Red Son is also pretty fantastic, but since those, I haven’t read a thing of his that I’ve enjoyed. So, by the time Kick-Ass was published, I was just done with his work. That said, I saw the first movie and I dug it a ton, but I have to give credit to Matthew Vaughn for that one. He hasn’t made a bad film yet.
But Kick-Ass 2 isn’t directed or written by Vaughn or his writing partner Jane Goldman.
And otherwise, I can’t really define why I did not like Kick-Ass 2 at all. I did feel it was very boring. I kept checking the time, and only a few minutes had passed since the previous check. I just… I don’t know. It was just… not good. The charm – if that’s a thing the first movie had? – was just gone. This just seemed to rely on easy, Millar-esque jokes, offensiveness and unnatural dialogue that all fall flat. The action is fine. There are some good moments, but it was not a good movie. At under two hours, it felt like three. Plus, no Nicholas Cage doing his Adam West Batman impression. I feel like maybe it needed something like that. Even Chloe Moretz as Hit-Girl felt neutered in this.
At least no one got my money for this.
Just go re-watch the first Kick-Ass.