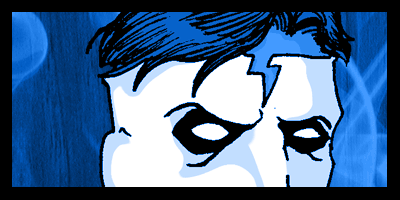 My pal Jason and I were drawing on Saturday, and he mentioned that he was going to draw a Madman picture for his blog. At the time, we were watching the show Mad Men, and that’s what I thought he said. It’s not too odd, he’s drawn characters from other TV shows before. But when I saw him pull out some Mike Allred’s Madman reference, I got a little disappointed. I was looking forward to seeing his renditions of Don Draper and Co. Then he gave me the brilliant idea that’s too stupid, I can’t believe someone hasn’t done it yet.

I thought about other match-ups too. The only definite one was Paul Kinsey as Mott, and then various Atomics characters as Sal, Ken, Harry, and some of the secretaries.

Anyway, go check out Jason’s Blog to see the Madman drawing he completed.

UPDATE: Jason couldn’t scan his drawing in. Go to his blog and berate him.