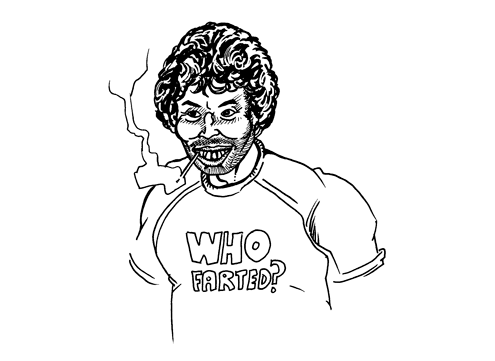 This is a terrible drawing and a terrible likeness, but hey, even during Kathleen Coyle Week, they can’t all be gold. While I’ve never actually seen Revenge of the Nerds, I was aware of Booger, and of course I’ve seen Curtis Armstrong in other things. The thing is, despite his role as Booger and his typecasting as the ugly, schlubby guy, he’s actually still a handsome man with little to grab onto as far as “character” goes to make for a good sketch (other than wacky t-shirts). He’s not ugly, just Hollywood Ugly.