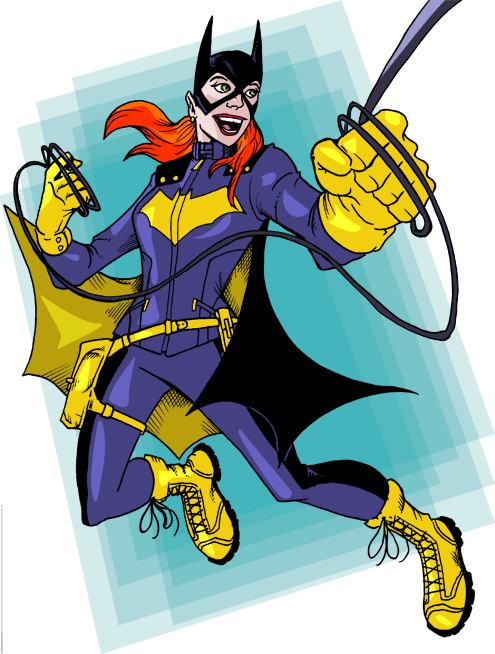 Bandwagon! I jump it. With the news of the new creative team on board Batgirl and her slick new costume, I decided that I too wanted to draw it. I like better than the jagged armor thing she was wearing, but I still bristle about comic characters with “realistic” costumes – which is what this is. The art for the rebranded series looks AMAZING, and it truly seems as if someone in the Batman offices of DC are attempting to try some new takes in tone and direction, which is appealing. I’d really like to try the new set-up, but something about writer Cameron Stewart gets my hackles up (though he’s a fantastic artist himself) and the new backdrop of basically Portland-in-Gotham/Gotham’s Hipster Mecca makes me queasy. It all seems very “The Kids like this stuff! Selfies! Bacon donuts! Ironic mustaches! Please buy a comic?” So I’m undecided if I’ll try it. Which is kind of heartbreaking, as I am basically not supporting anything DC lately except for the non-continuity Batman ’66 and a stray Vertigo book here and there (still getting Wonder Woman until Azzarello leaves ‘cuz no way in hell am I buying a David Finch comic). I’m a weird ball of negativity that desires to be positive. Which means I shouldn’t talk about The Conspiracy – the movie I watched on Netflix last night.