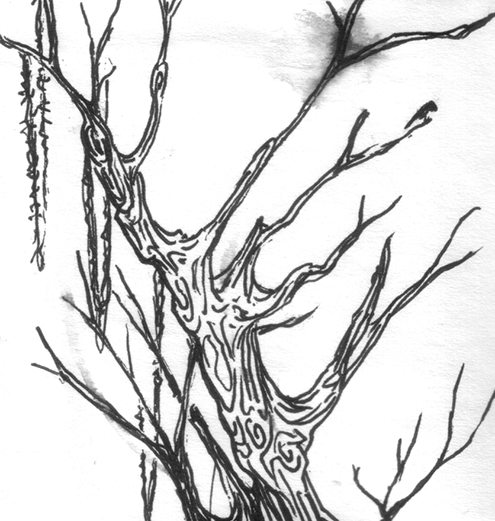 My lady likes trees, so I drew a tree. I also spilled some water on my post-it pad, but I liked the effect it had on the gel pen. Speaking of the lady, we saw the Rifftrax Live rip on 1998’s Godzilla. The Rifftrax itself was great as usual. I had never seen the actual movie though. It was pretty terrible, but only slightly more terrible than the most recent remake/reboot/continuation/whatever the fuck it was. Not that the new one is terrible, but Jesus it was absolutely forgettable. The only thing I remember about it was that Bryan Cranston dies early, and Godzilla saves the world. Fuck that well-made piece of shit. But anyhoo, the ’98 version is just all-around God(zilla)awful. I thought maybe it’d be a “so bad it’s fun” kinda thing, but nope. I can’t imagine watching it without professional comedic commentary.