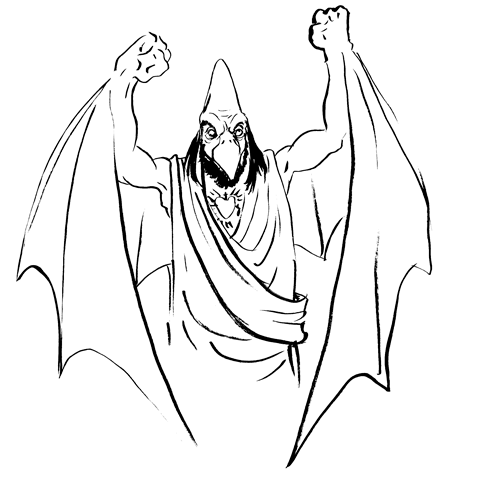 Suggested by Ryan Merrell. Sauron as Jesus Christ. So. A) This is a terrible drawing. I am getting completely burned out here. 2) Ryan suggested “Sauron as Jesus” to me on Facebook. I am fairly confident that he meant Sauron from LORD OF THE RINGS. Well. I am not a fan of LotR. I’ve seen the films and enjoyed them, but also pretty much forgotten everything about them except for Elijah Wood and Rudy being in love. But what I do know is Sauron from X-MEN comics. Karl Lykos, dinosaur man mutant from The Savage Land. So that’s what happened here. Also, I’m assuming that Ryan also meant “Jesus” as in Jesus Christ from that one book and that Mel Gibson movie. In retrospect, I should have modeled the Jesus cosplay after the version from the upcoming comic book Holy F*ck by friend of the blog Nick Marino – a comic that everyone should pre-order.