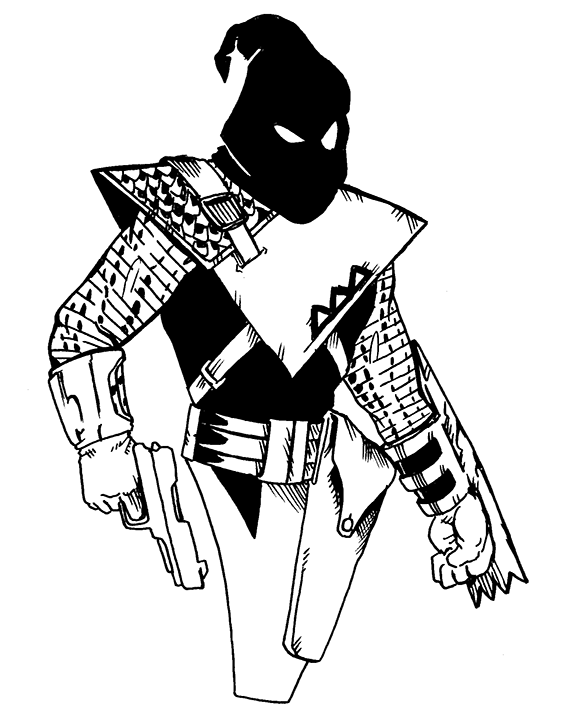 Last night while drawing with my friend Jason, I started to draw Conan the Barbarian. It looked okay in pencil, but the second I added ink to it, it got ruined. So I scrapped it. It took the wind out of my sails a little. But Jason, having just brought home a short box of comics from a show he was at, was drawing a character called The Black Hood – inspired by one of the books he picked up. Back in 1991 or whenever, I remember reading the first couple issues of the comic, from the DC Comics imprint Impact Comics. They had licensed the old Archie Comics superhero characters, but Black Hood stood out to me. I loved the first couple issues, but then never bought any others. I remember distinctly, sitting in my parent’s bedroom watching TV and drawing The Black Hood with issue 1 open in front of me. Eventually, I tracked down all 12 issues and the annual. Watching Jason draw this character, with that old comic sitting between us, I got the ol’ nostalgia pangs. I wasn’t gonna let another drawing night be a waste of time. So, I drew The Black Hood as well.

Go see Jason’s version, as it is far, far superior to mine. And also, he’s got a link to the wikipedia page for Black Hood. Fer learnin’.