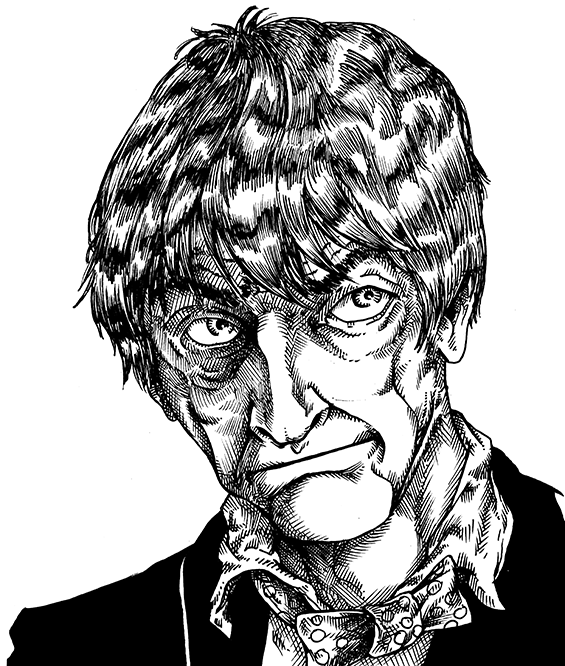 More from the archives. I’ve never been able to get into the pre-reboot Who stuff. My first Doctor was technically Eight, but it was well into Eleven’s time that I first started watching the 2005 series. I tried to go back and watch some of the classic stuff. I watched the Three Doctors (1,2 & 3), some of Three, some of Four, very minimal of One. Just have a hard time getting into it. The pacing is molasses on those old shows. But man, the early Doctors sure are unique looking men, and a blast to draw.