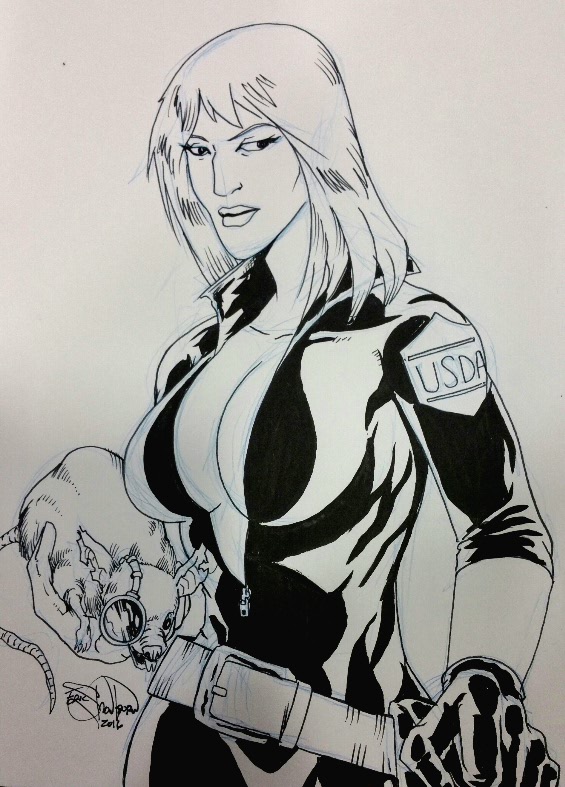 Spent most of the weekend at the Gem City Comic Con. Did some drawing there, including two paid sketches. I did not get a pic of the first sketch (The Riddler), but I did manage to remember to get one of this. A guy was beginning a “Chew” sketchbook. There was a Tony, a Poyo, Colby, and Mason – my first choice. But I decided to draw this character, the USDA’s top assassin & her pet rat. She only appeared in one issue, but I need to draw more women anyway. So, I did.