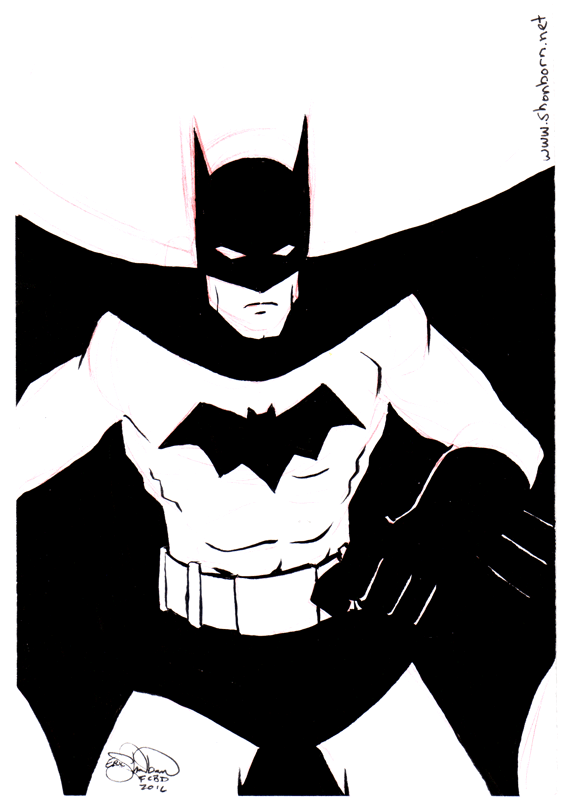 Saturday May 7th is Free Comic Book Day. I’ll be at MAVERICKS CARDS AND COMICS that day, from 10a-2p making free sketches. And giving away these pre-made sketches. Come by?

There are a lotta folk who like to say they prefer their Batman to be a dark, twisted, fucked-up psychopath. I am well on record as preferring a well-adjusted Batman. He’s the world’s greatest detective, not the world’s killingest kill guy. Then it dawned on me, that those people, they don’t like Batman. They like the Punisher. So, yknow, go read Punisher comics. Leave Batman alone.