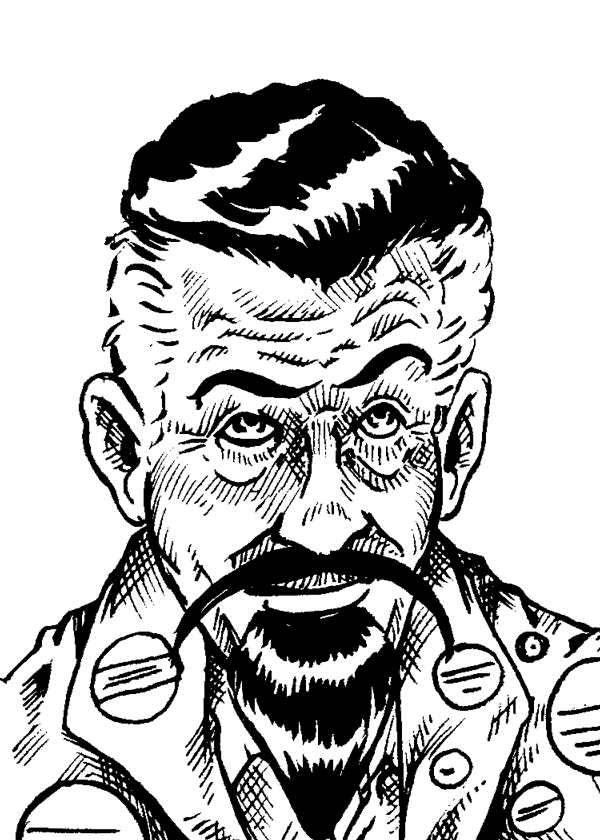 Ohio. Home of numerous Presidents, astronauts, serial killers, and horror hosts. Ghoulardi was an iconic Cleveland area host, and once worked with my personal messiah, Tim Conway. Ghoulardi (Ernie Anderson) is the father of Paul Anderson, director of the Resident Evil movies. No, wait, that’s the other Paul Anderson. Ghoulardi’s kid made There Will Be Blood and Inherent Vice. Y’know. Good movies. Ironic that a man who became famous hosting terrible movies on TV had a child who’d become one of modern film’s greatest directors.

The entire month, I will be selling these sketch cards individually for 5 bucks, or as a theme set (7 cards total) for 25. If you want one, let me know, asap via email or other means. At the end of the week, I’ll post the set on my store.