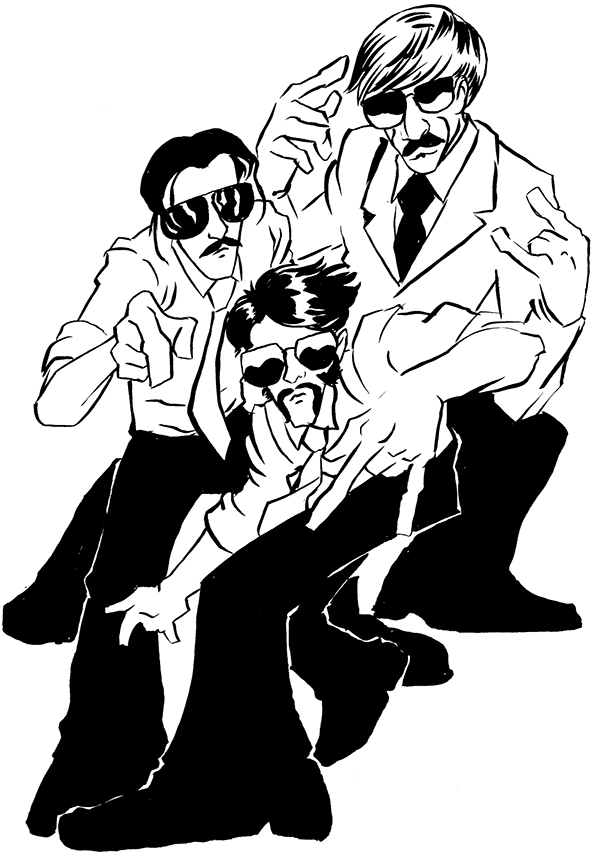 Because you can’t, you won’t, and you don’t stop.

Hey, it’s the beginning of a new theme week, dedicated to one Mr. JB Sapienza. He’s a good dude who’s treated me well promoted me more than anyone should ever have done and got me involved in some pretty awesome stuff. He’s the reason I have an IMDB page, which is still the weirdest shit ever.

Speaking of weird shit, JB made some pretty weird requests, a lot of them were very, very, very specific and complicated. Like, some to the point of someone would need to pay me to do them. So I did the easiest ones, cuz I still have stuff I need to work on, and I simplified them the best I could. So you know, instead of The Beastie Boys as a superhero team, or just a drawing of The Beastie Boys that would require likenesses, I just drew really cartoony versions of their Sabotage video characters. Because it was easy.