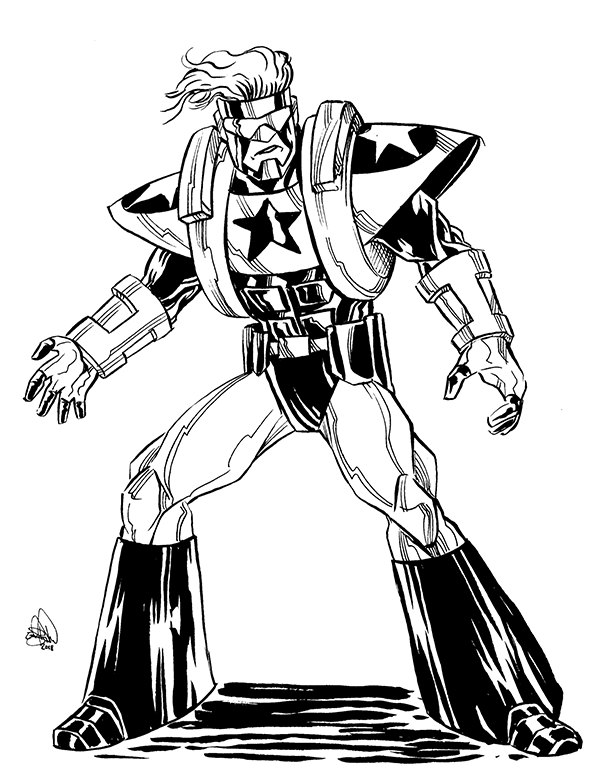 Beware the Ides of March, they bring you another JB Sapienza request.

So while this costume design looks as awful as NFL SuperPro, the main difference is that underneath, Booster Gold is a great character. This is merely the result of having a giant pile of turds dumped on him called “90s comics”. This monstrosity came about post Doomsday/Death of Superman and someone thought BG could use a redesign/downgrade. While referencing this, I also discovered that he had some sort of robotic prosthetic arm during this period, I guess? He was also appropriately 90s anguishy and moody. Oh, and EXTREME.