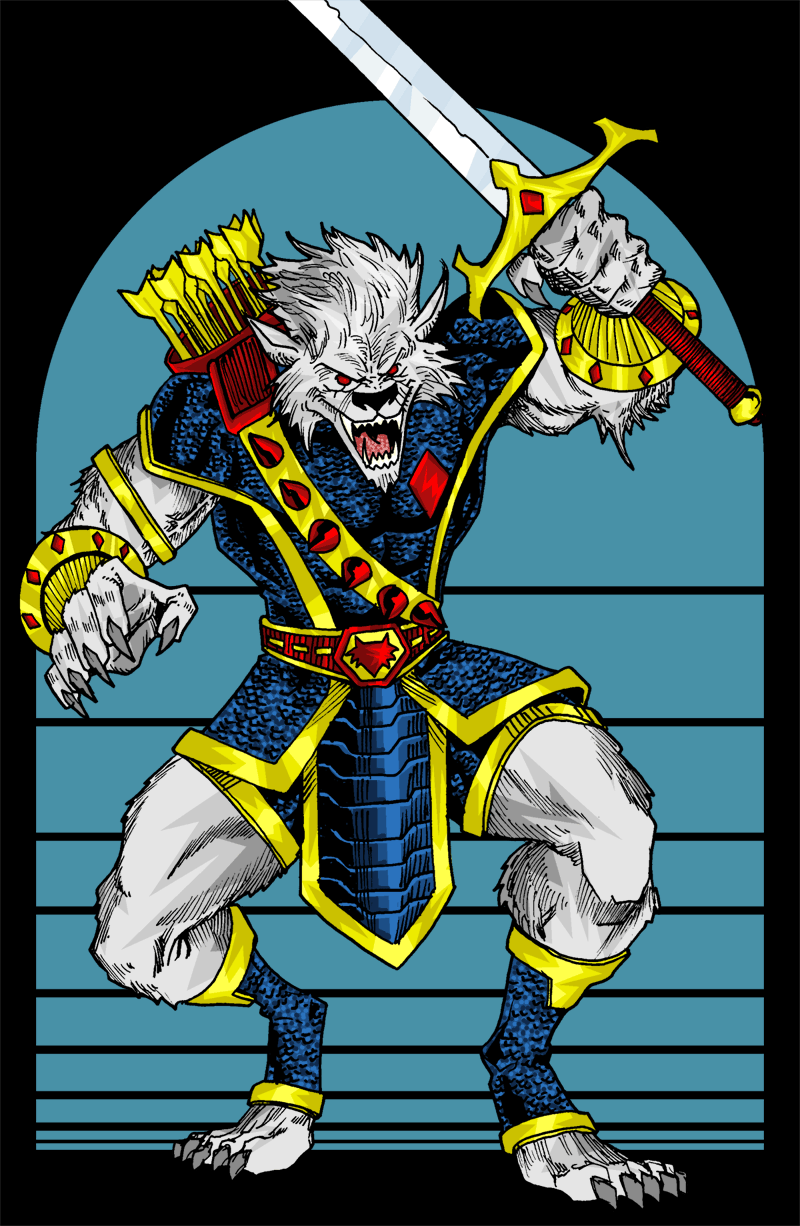 I don’t know anything about this character other than he’s a space-faring werewolf, sometimes called Stargod. And he’s J. Jonah Jameson’s son. This is a bit of a tweak of his original design, and I changed the base color of his costume from green to blue. Mostly because I was flipping through an old comic that had an ad for the first issue of Man-Wolf’s Intergalactic adventures and it was colored wrong.

Marvel has a ton of awesome looking obscure characters.