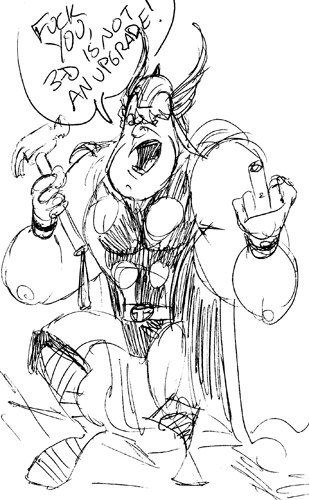 So Thor was AMAZING!

No it wasn’t ’cause I didn’t get to fucking see it. Thor here is expressing my opinion for me. Even though the theater seemed to know beforehand, the projector showing the 2-D (real) version of Thor was broken, they still sold me tickets anyway, and then tried to “upgrade” me to the 3-D showing, which was going to be more crowded with idiot fucking asshole *****s that love 3-D. So fuck you, Regal Cinemas. I will use the free passes and refund you gave me later, bitches. Assfucks.