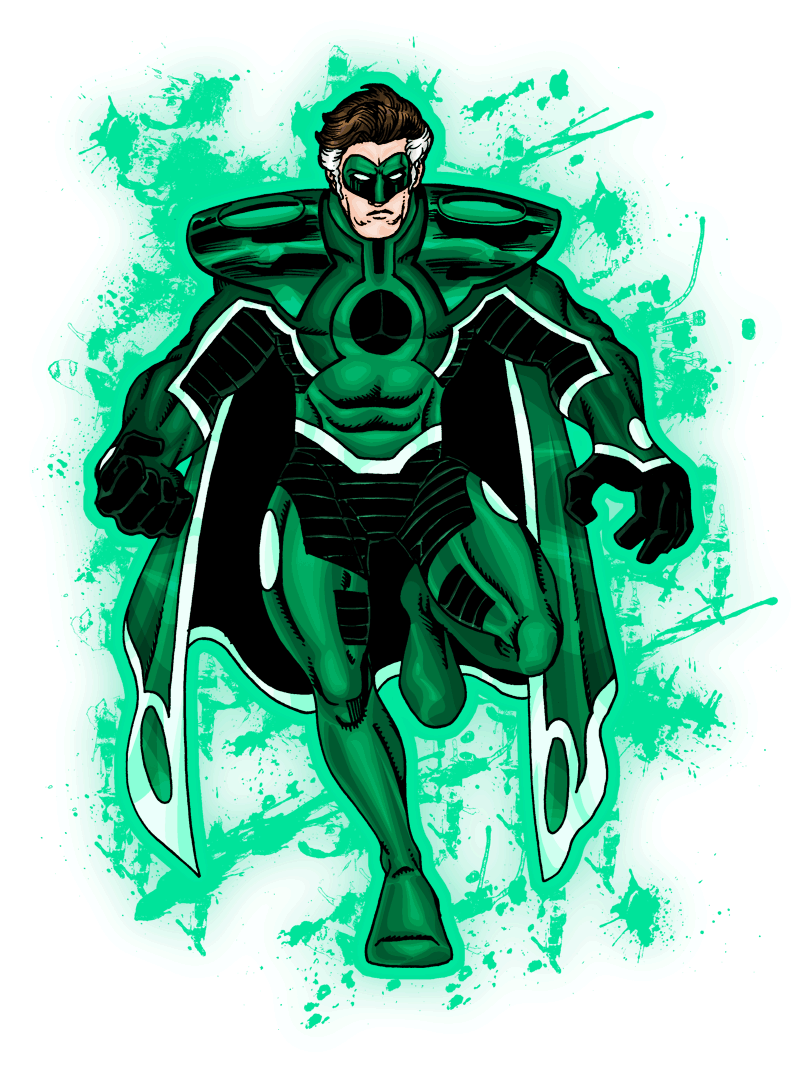 So I don’t like Hal Jordan as a Green Lantern, he’s a boring douchebag.

Earlier in the summer, I made the observation, with the Thor & Green Lantern movies coming out, that they were the opposites of each other. Thor is an arrogant asshole from another world who has his powers taken away and is sent to Earth to learn humility so he can save the world. Hal Jordan is an arrogant asshole from Earth who is given immense power and taken to another world to become a bigger asshole to save the world.

The only time Hal has overcome his particular personality defect of being a bland douchebag is when he went crazy with grief and slaughtered all of his friends and co-workers and become the power-mad, omnipotent and evil Parallax. That guy, he was interesting.

He could even still be interesting, today, as Green Lantern. See, if, as Parallax, he had decided to try to redeem himself and take responsibility for all the horrible things he had done, and struggle to once again be a hero – man that’s a great and fascinating character. Television is full of those types of deeply conflicted characters – Dexter Morgan, Walter White, Tommy Gavin, Jimmy McNulty, etc. Characters like that gain praise and win awards.

But it’s a good thing that Hal can harness all that emotion of willpower that he has.