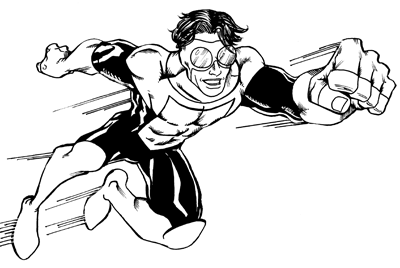 I’ve been trying to catch up on season one of The Walking Dead before season two starts, so I decided to draw a character from Robert Kirkman’s other fantastic comic, Invincible. It is truly one of the top 5 best superhero comics being published. Unfortunately, I have chosen to read it in the “Ultimate Edition” format, so I have to wait like two years to catch up on the book. But that’s how I started reading it, and I’m not switching formats now. Luckily I stick with the trades of The Walking Dead, so I get caught up slightly more regularly. Which still doesn’t explain why I’ve waited a year to watch the show.