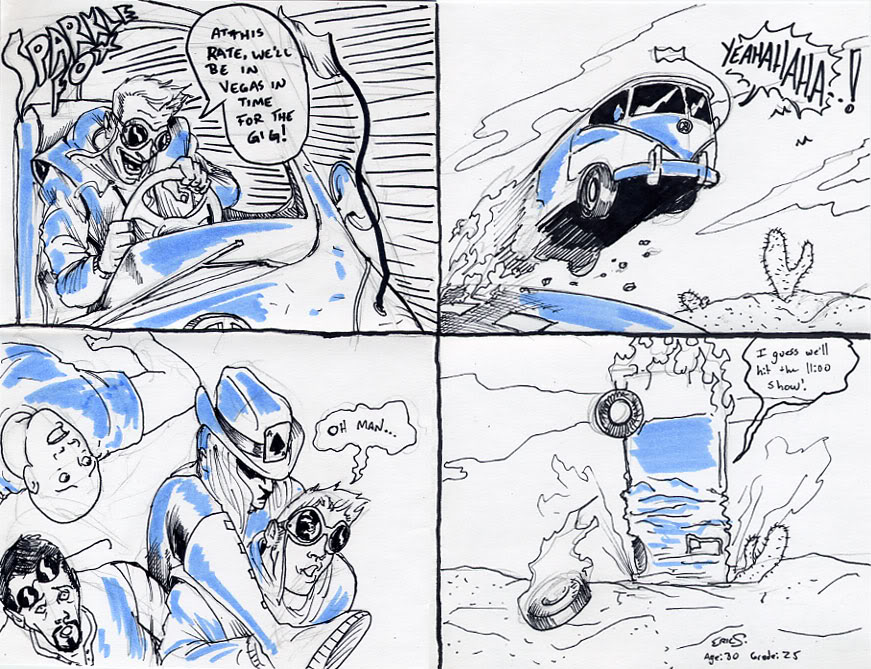 Back in May, on Free Comic Book Day, my pal Jason (co-host of my super-excellent podcast Gutter Trash) invited me and another friend of his to help teach a cartooning class at a local library.

It was fun, but I don’t think we imparted any wisdom on any of the kids there, who ranged in age from 9-17. But for the majority of the class, we had all the kids draw their own comic strips.

Anyhoo, I during the two hours or so that the kids were drawing, so were Jason and I. The above comic was a quickie, but it’s an idea that I had been playing around with for a while up until then.

Sparklefox is a touring metal band, and their stories will run the gamut from Spinal Tap-ish comedy to Cannibal Corpse-ish comedy. Heavily influenced by my love of metal, the cartoon Metalocalypse (Dethklok vs. The Goon out this week!), Rockumentaries, and Mock-Rockumentaries, I’m planning on short bursts of Sparklefox stuff. Such as the following: 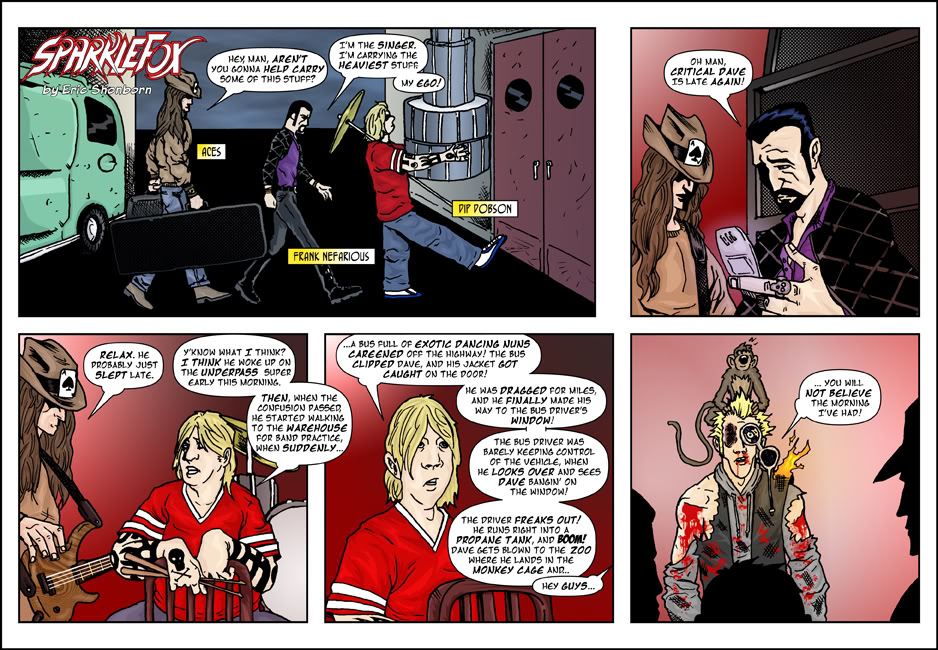 A more refined version that I put together as a submission for a “Create Your Own Comic Strip” contest (I didn’t win, in case you’re wondering). I’ll probably do more strips like this in the future. It seems to be the one idea I have that lends itself to the strip format. Otherwise, this’ll just fall into the massive pile of stuff I’d love to work on but probably never will (I’ll probably work on them, it just takes time).

P.S. This week on Gutter Trash Episode 36: Nothing! It’s a filler episode full of nonsense and idiocy.