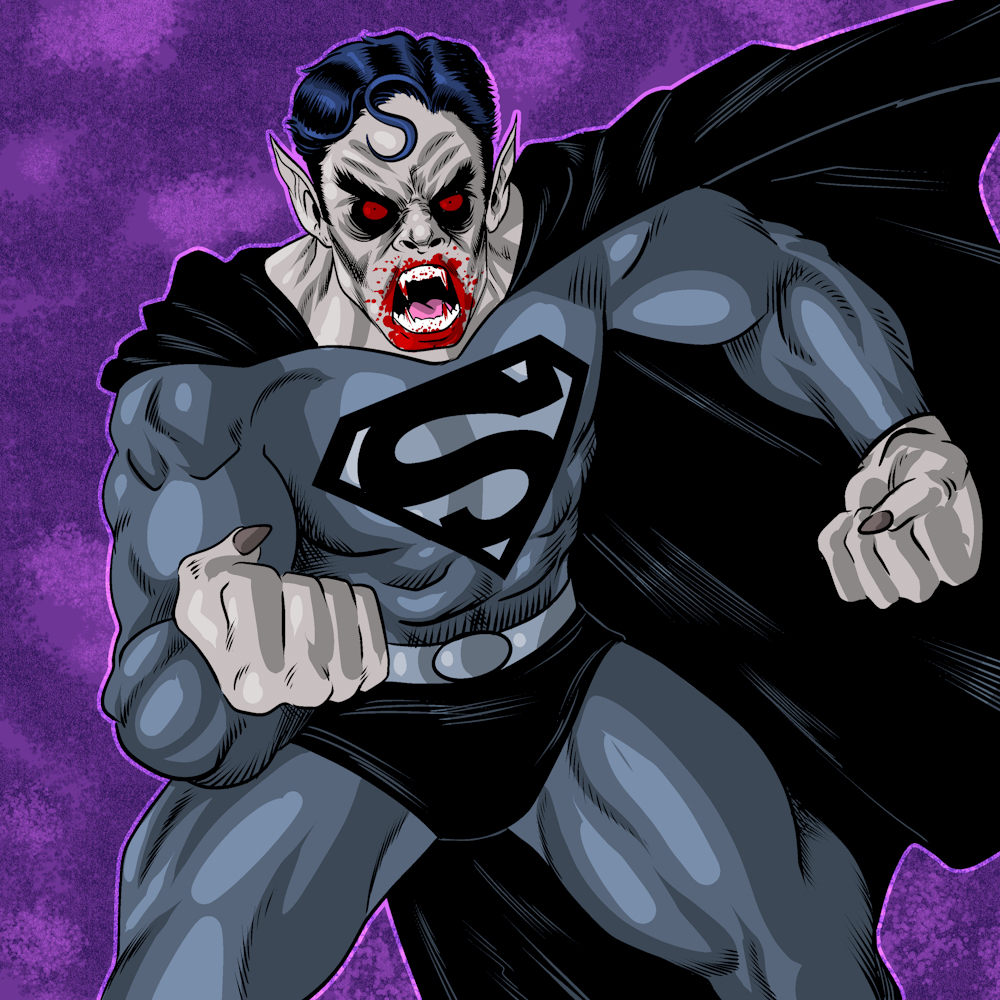 So I drew Dracula Superman. There was no blood in the cartoon. That’s artistic license.