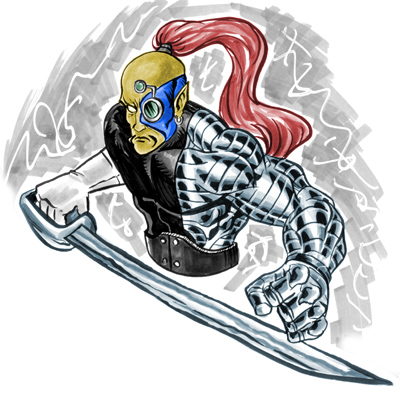 I know this character from The Starjammers, a group of Space Pirates who are supporting characters in the X-Men books, designed by the genius of Dave Cockrum, and as a whole vastly underrated and underused characters. That said, I don’t know a lot about this specific character, other than that he had a ponytail and metal arm long before it was cliche, so I guess that makes him one of the O.G. Badasses. Sweet. Kurt Five, Dinse Furious.