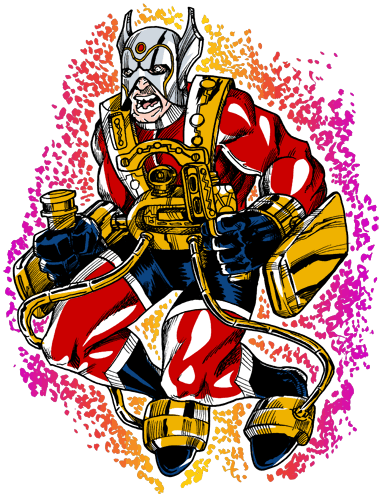 When Kurt asked for Orion of the New Gods, I almost wanted to point out that I’ve already got an Orion drawing on the blog. But, since I didn’t actually draw that one (it’s a Kirby sketch that I “inked” and colored), I decided not to. Plus, I could get to draw the Astro Harness. 30 attempts later, and we have this. I will say that while doing research, I discovered that if you type into Google Image Search “Orion New Gods”, you get that drawing that I just linked to. Unfortunately, it does not link to this site, but to some other blog. I’m not sure how I feel about it. While I did spend many hours working on it, it’s still a piece derived from a sketch I found randomly on the internet, so I’ve got my fair share of dubiousness attached to this as well. Ah well. Internet. It’s Kurt Dinse Week Part 6: The Reckoning.