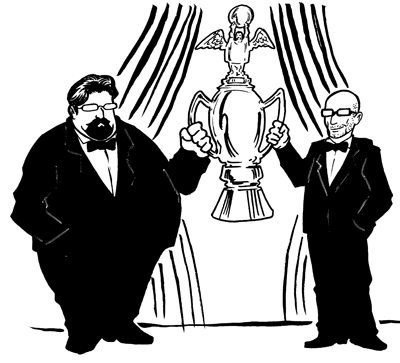 So in 2011, I began – unbeknownst to anyone, including me – to consider nominations for the 1st ever Eric Shonborn Year End of the Year Award. A lot of people were considered, but there could only be one winner:

JB is a renaissance man with many talents and ventures, including co-running the website Rejected by Covered, being a cartoonist, making videos, and, as far as I’m concerned, being the guy in charge of the documentary MY NAME IS JONAH, which I look forward to seeing eventually. (JB also put together the MY NAME IS JONAH Free Comic Book Day digital comic, which I contributed to).

JB wins the award due to excelling.