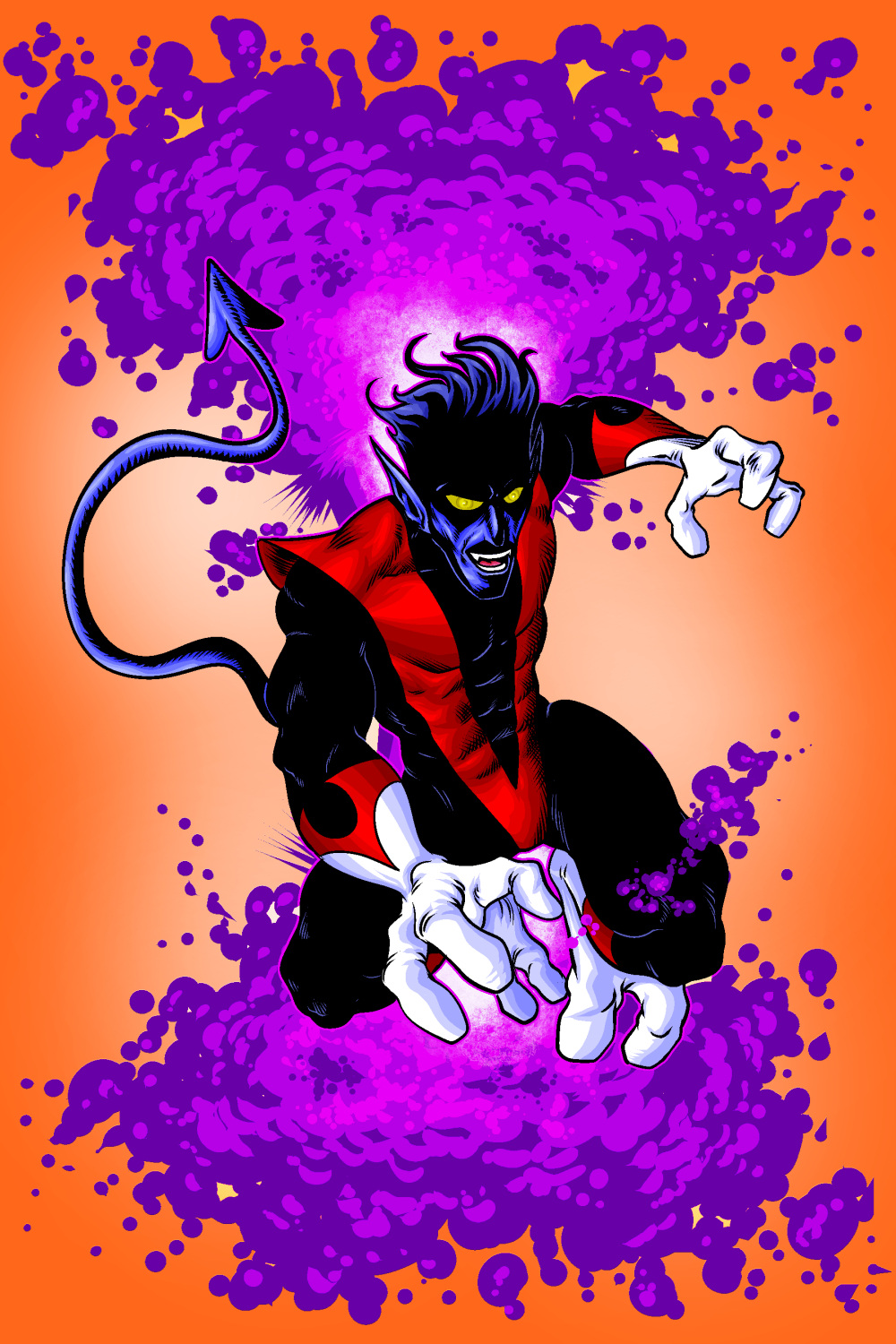 Which is not me. Nightcrawler is, though. Probably my 2nd or 3rd favorite X-Character, at least in his more care-free, swashbuckling form. I think he’s a lot of people’s favorites. I’ve had more than one female acquaintance refer to him as their “X-Men boyfriend”.

All I know is that his costume is the best and any change to it fails spectacularly. Hell, even attempts to change his hair, give him a beard or whatever knocks him down a notch. Don’t fuck with a classic.

I was looking for “bamf” reference, looking at how different artists draw the “bamf”. If you do a google image search for “Nightcrawler”, pretty much all you get now is the Jake Gyllenhaal movie. Which is a GREAT movie, but c’mon.

Anyway. It’s my birthday. I’m mid-way to my mid-40s. Yay? Umm… not a bad year. Not a great year. Just… a year. I’ve had a cat for a little over a year now and he drives me absolutely insane and I may hate him? No real relationships in my life to speak of other than him. Just the same three or four friends I communicate with in regular rotation. I guess some people have less than that? I dunno.

I’m still broke and broken, but that’s a feature not a flaw?

Oh, and just when we thought we were all coming through the other end of the worldwide pandemic, guess what?! We’re not. Thanks, America!