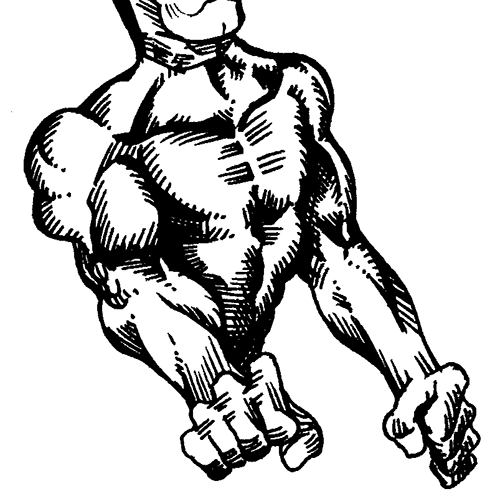 A while back I realized that even though I’d finally gotten a decent enough internet connection to use Netflix streaming, I’d pretty much only watched televisions shows with it, and barely any movies. Which is fine. Nothing says entertaining like watching 11 years worth of CHEERS in two weeks (that is totally a thing that happened). But I did feel the need to start watching some films. Especially since I figured out that some of them go away. As it turns out, since February 15th, I have been watching a movie a day as I’ve been doing the sketch-a-day. Sometimes, more than one. And since this is my blog, I’m gonna tell you about ’em. I’ve also given myself a semi-challenge to continue to watch a movie a day for as long as I can and give short review. I’m absolutely going to fail at that. At some point, I won’t be able to see a movie. The streak almost broke yesterday, but weird bad luck made it possible to watch a flick before going to sleep. So let’s play catch-up:

2/15: Batman Forever – It’s a bad movie, but I kinda loved it. It’s a well-adjusted Batman and much like Batman & Robin (which I had watched the previous week) it was a movie version of the type of superhero comics I would like to read.

2/16: The Watch – saw this one with my Mom as she began her recovery from spinal surgery. It was not good.

ParaNorman – cute, creepy and funny. Dug it a lot.

The Man with the Iron Fists – not great, but a ton of fun and some awesome action. Russel Crowe is fantastic in it.

2/17: The Hole – family oriented horror film from Joe Dante. It was good.

Fire in the Sky – alien abduction movie from the early 90s, supposedly based on a true story. Not great.

2/18: Brave – the Pixar movie. I liked it a lot, I cried like an idiot even though there didn’t seem to be a lot for me to get weepy about. There was a short on the DVD though that I loved 1000 times more than the actual movie.

Heckler – documentary by Jamie Kennedy, allegedly about hecklers. Actually about Jamie Kennedy not being able to ignore criticism or be funny or talented.

2/24: The Ten – anthology movie from the guys what brung you The State. Pretty funny, for the most part.

Cult of the Damned – an artsy fartsy piece of shit from the late 60s.

2/25: True Legend – a hot mess of a kung-fu movie. It’s so scatterbrained. The action’s great though.

Last Days Here – rockumentary about Bobby Liebling, the lead singer of a little known metal band called PENTAGRAM. I “discovered” Pentagram about 6 months ago and I love ’em. This documentary is so depressing and uncomfortable, but also very hopeful.

Marathon Man – Dustin Hoffman/Roy Schieder/Laurence Olivier classic about Nazi dentistry. Also pretty good. Even though I know the whole “Is it safe?” thing, I never had context. Also helps that I knew very little about the plot of this film going in.

A Fish Called Wanda – funny, but so built up by everyone else, I could only be disappointed by it.

2/26: Prince of Darkness – weird John Carpenter movie about Satan as a jar of green goo and Alice Cooper as a zombie hobo. So weird.

2/27: Intacto – Spanish film starring a Swedish actor that I watched dubbed in English. It was very good. It’s about people with luck superpowers.

2/28: The Baby – a movie from the early 70s about a fully grown mentally retarded man who is raised his entire life to live a a baby. It’s weird. Watch at your own risk.

Comedians of Comedy – watching it right now. Documentary about a comedy tour with Patton Oswalt, Brian Posehn, Maria Bamford and Zach Galifinakis. Liking it. Except for Galifinakis.