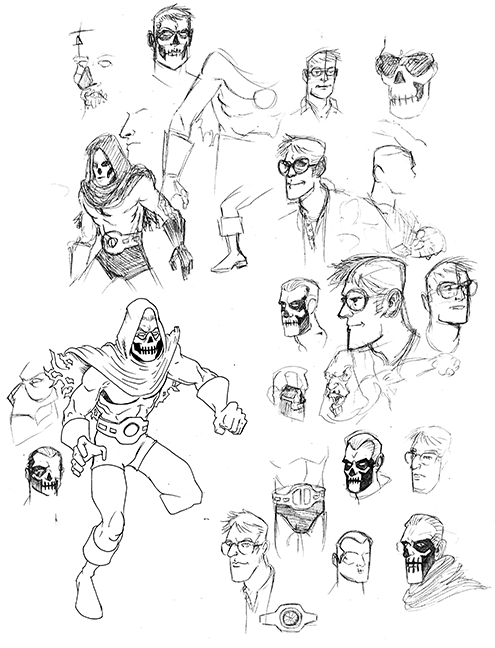 Back in November I posted this character’s final form. It’s another idea that has been popping up in my head and won’t leave. The Black Phantom (the name taken from a public domain character) is a little more formed than Range. There’s a developing supporting cast, some villains, an origin and a chapter ready to be expanded on. The only thing keeping it back right now is a cohesive theme – a reason for being (other than being a superhero character I’d like to do stuff with).