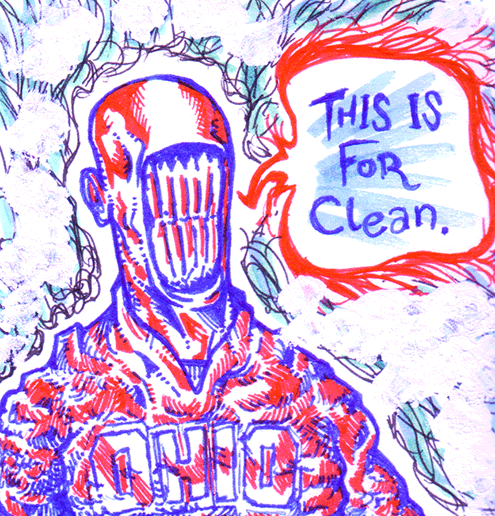 Lots of hub-bub yesterday about Andrew Garfield – the star of the new series of Spider-Man movies – talking about something that’ll never happen in a million years: the possibility of making Peter Parker gay.

I shouldn’t say that. It’s a possiblity it could happen, it just seems improbable. I’m betting there’s a guy wearing a pair of mouse ears that’ll shut that whole situation down pretty quickly.

But, as always, internet dwelling comic fans came out of the woodwork in the aftermath of Garfield’s statement to show how tolerant and accepting everyone is of all different types of people.

Listen, I’m an angry, judgemental asshole and a comic book fan. I don’t have any gay or non-white friends, I barely leave my house and I’m a registered Republican. I’m a step away from being one of the guys in the comments section talking about how liberals are stealing my characters, etc. My first fanboy-ish reaction to the Garfield thing was a knee-jerk “How dare he?!” But it comes less from a bigotted place and more from a geek place. Spider-Man/Peter Parker has been around for 50 years, stop fucking with him!

Then I stop. I think. I rationalize.

First of all, it’s fiction. Who gives a shit?

Second of all, if Peter Parker were gay, would it change the core of his character at all? Absolutely not. If anything, it strenghthens his core. Peter Parker, growing up in the exact same way that has been present in countless retellings of his origin, but homosexual to boot? Nothing really changes. If he’s out, perhaps he gets bullied more in school. He was already bullied, maybe this pushes him further toward his goals. Uncle Ben & Aunt May support him and love him unconditionally, his sense of self is more centered when he gets bitten. Everything plays out the way it does, he becomes Spider-Man, one of the greatest fictional heroes ever. He just also happens to like dudes, as well. Nothing is different about what and who Peter Parker is. In fact we play this all the way out to a straight Doc Ock taking over his body and wackiness ensues!

Fuck it, let’s retcon this shit. Peter Parker is gay from here on out.

I mean, it’s not like we’re presenting the character as someone who won’t go out of his way to save people from danger because he was raised to believe that he should just let people die, and in the process of battling, I dunno, say Venom or something, actively causes the destruction of two cities and murdering thousands without so much of a thought, let alone regret. And then, I dunno, say he kills Venom or something even though he had multiple chances to properly end the battle without any loss of life, but just didn’t care to.

I mean, that would really fuck with the core of that character and change everything about him that makes Spider-Man who he is.