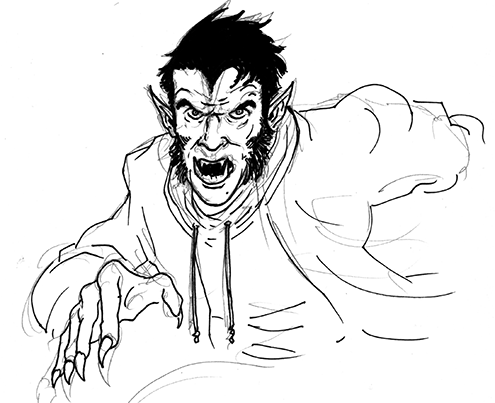 I was planning on seeing Elysium today, but I was tuckered out so I slept in instead. I don’t have any plans other than going to my folks’ house for dinner where my mom will probably cook the same thing she cooks for my dad every sunday, which is cheeseburgers. And that is perfectly okay to me.

And the answer is, yes I might actually be a horny teenage girl because I cannot tell you a single thing about Teen Wolf that I enjoy that makes sense for me to be binging on it like this.
A while back, I really got into True Blood despite the fact that it is a terrible goddamn show. At least though, I found some genuinely likeable characters to latch onto and care about, and when those characters weren’t around, there was titty. Because if you have an awful show with some subpar acting and maybe three characters worth giving a damn about, titty will continue to make it worth watching.

Teen Wolf has none of this. I don’t like any of the characters, the storylines are weak and there are absolutely no boobs. And yet, here I am.

“Well sure, Eric, but True Blood is also gory at times and about vampires, this is about werewolves. Surely the horror fanatic in you is connected to something there?”

Nope. It’s basically a “PG-13” level show so the gore is minimal and hidden and it is not shocking or horrific ever. And it has the worst werewolf effects I have ever seen in anything ever before, and my friend has made multiple shot-on-video werewolf movies where the creature is a dude in a rubber mask. But at least it’s a rubber mask of a werewolf. The wolves in this show basically get fangs, claws and Wolverine-esque mutton chops. That’s it. Today’s sketch is as close as I could get to the lameness of the werewolves. Sometimes there’s an “alpha” wolf who is mostly a comical CGI cartoon monstrosity, but it’s actually more lame than the “fuck, I forgot to shave” werewolves that populate the show. When I first saw promo pics for the show, I just thought it’d be a mid-transformation thing. Nope. This is it.

The acting is pretty terrible all around, but it may just be the material. The kid who plays Stiles isn’t too bad, though. The lead guy, though, our Teen Wolf in question, is awful and has a very Christopher Lambert-type quality that I sometimes find distracting, which is weird because the show is often directed by the guy who directed the first two Highlander movies (he also directed a movie with Thomas Jane, whom I also think of as “Lambert-like”).

So. Yeah. I don’t get it. I was telling my friend about this show and she was curious, so we watched the first episode together. Afterwards, she agreed. She wanted to watch more, but couldn’t figure out why.

I’m pretty sure the government hasn’t figured out a way to transmit crack via Netflix, but I don’t know. Maybe they have. And it’s called Teen Wolf.

What are you looking at, Dicknose?