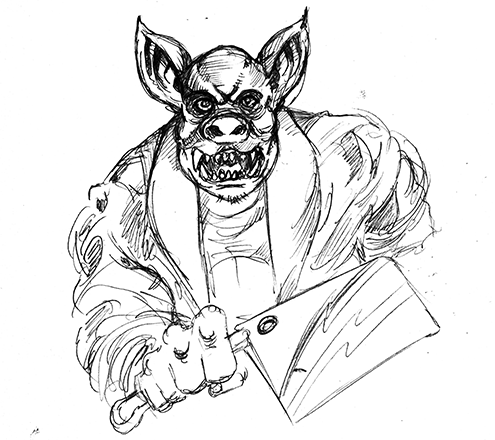 So this is not exact, but it is inspired by a movie I traveled to ye olde theatre to see – You’re Next. It’s a slashery/home invasion horror movie and I enjoyed the hell out of it. Most of it, anyway. It’s got a pretty decent set of well-rounded characters, some humor and a healthy dose of nastiness, but mostly it’s got A.J. Bowen in it, of whom I am a fan. He’s not a super well-known actor, but I’ve really liked him in the movies I’ve seen him in. But yeah, it’s just a solid, dark piece of horror that I would certainly recommend and sit through a few more times. Hopefully, though, your experience won’t involve a group of 10 middle-aged, loud and obnoxious women who I had to yell at to get them to shut up.

Before that though, I saw The World’s End – Edgar Wright, Simon Pegg and Nick Frost’s new movie to round out the “Cornetto Trilogy”. A few months ago, I spent the weekend watching Wright’s filmography. I still think Shaun of the Dead is the world’s most perfectly written movie. There’s not a flaw in it. Hot Fuzz is close, but falls short. It’s still a great movie. And The World’s End is definitely the weakest of the three but is also still a fantastically great movie. I wish I hadn’t known anything about this movie going in, though. I think I would have enjoyed it more. As it was though, I think I was the only person in my theater that enjoyed it at all. It seemed like I was the only person laughing. Can’t recommend it enough, though. It also has some of the best fight scenes I’ve seen in quite awhile.