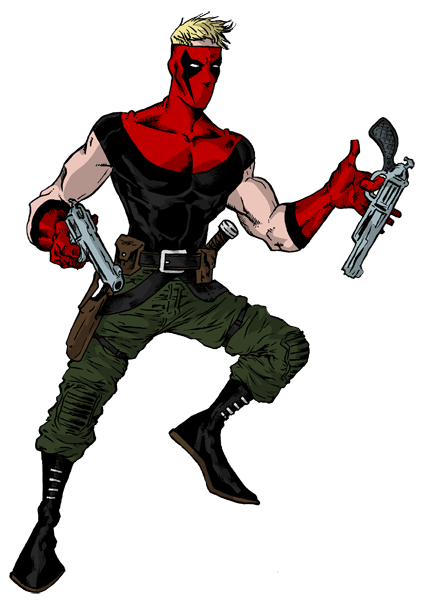 Grifter was a member of the same assassin’s guild as Zealot. When she was cast, he voluntarily left as gesture of support. Grifter and Zealot share an on again/off again relationship. While never particularly liked among the guild, he was respected. Free from the restraints of the guild, Grifter has become even more of a jokey jackass. When Zealot joined the WildCATS team, Grifter joined as well only out of loyalty to her, not particularly caring about the team’s goals.

Bonus! When I drew these redesigns, I had intended to color them more in-depth and release them on the blog as one giant image. So, here’s a mock-up of that.