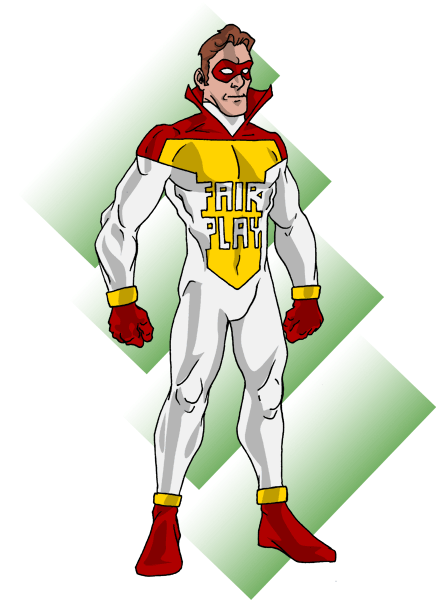 Terry Sloane, the original Mr. Terrific, had a Mr. Terrible costume. A very long time after his death, he was replaced by Michael Holt and got a pretty sweet updated outfit. Even the New 52 version of Holt’s costume was neat. Unfortunately, that’s all I had in mind while trying to come up with a new look for Sloane. I went for streamlined and tried to incorporate elements from both Sloan’s O.G. look and Holt’s, as a sort-of bridge between the two. The biggest hurdle is trying to figure out where to slap that “Fair Play” slogan. I think it’s adequate.