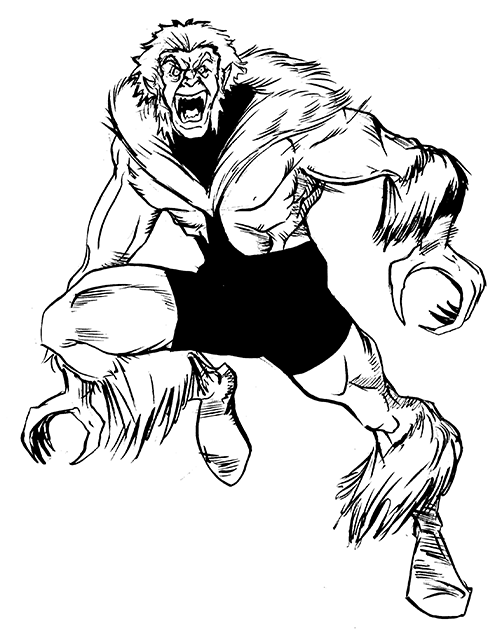 I’ve never been a huge fan of any of Sabretooth’s costumes. I suppose when I saw the Jim Lee redesign in the early 90s, I glommed to that. So when I got the request to draw Sabretooth for the blog, I was prepared to draw that version. But doing a quick reference scan, I saw his original costume and somehow became instantly enamored with it. It’s clean and simple and says everything it needs to (which is “I’m a big ol’ Wolverine rip-off”).