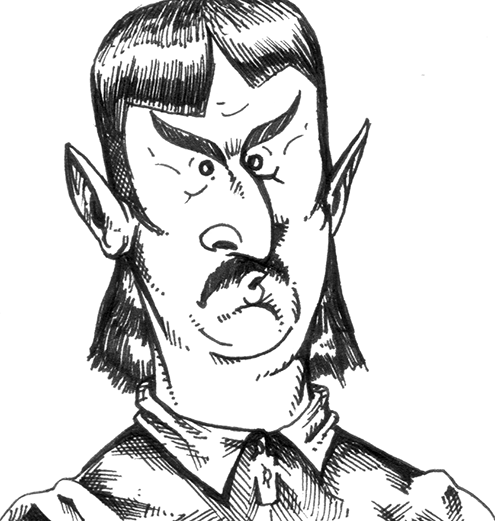 I’ve been binge-watching the crap out of Leverage. It’s a fine, fun, dumb show. Being the fan that I am of fine, fun, dumb artforms (comics, horror, sci-fi with reservation, fantasy with even more reservation), I feel like I have a giant berth when it comes to a suspension of disbelief. I can buy that this group of rag-tag thieves and con-men are using their abilities to right wrongs and fight injustices against the little people brought upon them by the government and huge corporations. That they, like a team of Batmen, have prepared for every possible outcome to always ensure they win the day. Every little convenience, every happenstance that eases their ultimate goal, I’m on board with. But the thing I have a problem with? The thing that grinds my gears in every episode? They all talk to each other through earpiece comms, blatantly blathering about their schemes and plans, in plain open view of large groups of people, sometimes the very people they are working a con against. AND NO ONE BATS A FUCKING EYE! No one stops to ask who these mysterious people are talking to, or why they are talking openly about stealing things to invisible people. It’d be one thing if they were wearing Bluetooths (Blueteeth?), but alas, they are not. It truly bugs me that a) they do this ALL THE TIME and b) that it bugs me. Of all the things to get hung up about, this is it? And so, that’s kinda where this doodle comes in. I can buy an advanced alien race from the far future travelling and exploring space alongside humans, but I can’t buy that everytime we see other said members of this race, it’s all perfectly handsome and groomed individuals. It’s Hollywood fiction, I get it. But, y’know, if it were a reality, there’d be schlubs too. So, Schlubby Vulcan. Because I can buy a race of aliens, I just can’t buy that they’re all “perfect”.