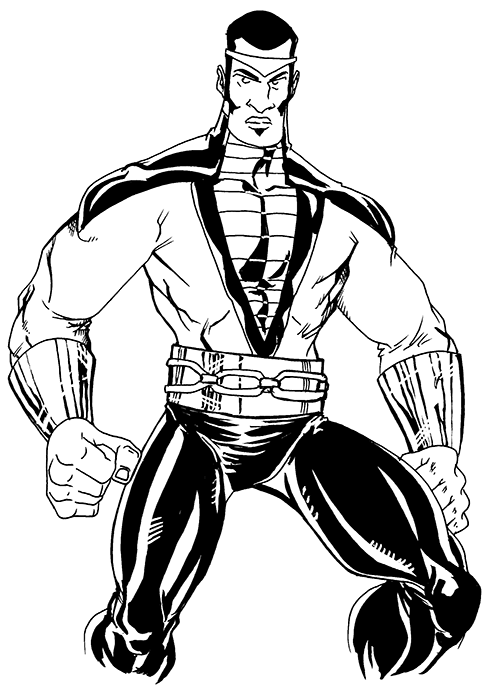 February is going to be a theme month, coinciding with Black History Month. I am going to draw 27 black superheroes and 1 non-superhero. I was initially going to include black supervillains, but much like Marvel and DC, I am too afraid to present any black characters as villains. So yeah, I’ve already got my list of characters, and I apologize if your favorite one won’t be included, but if at the end of the month I didn’t get to them, let me know and I’m more than happy to draw any character any other time. Some will be traditional representations, some will be redesigns like this here Luke Cage. Sorta. He sorta works as a “costumeless” superhero, but y’know, you hang with the Avengers, you should have a costume. I’m looking forward to Marvel’s Netflix series, I hope it’ll be good. I also hope they choose Aldis Hodge to play him, mostly ‘cuz that guy is awesome on the show “Leverage”.

Last night, I watched Raiders of the Lost Ark for the first time. Ever. Well, I’d seen parts of it before. Basically the first and last 20 minutes. Multiple times. But never the rest or in one sitting. It was screened as part of a thing called Nite Owl Theatre starring Fritz the Nite Owl, a horror host from Columbus, OH. Once a month, he presents some classic film (uncut, unedited) with host segments spliced in and vintage commercials. Even for a first time viewing experience, it was pretty awesome. If you’re in Columbus or Dayton, check out the site for upcoming shows. Next up is Labyrinth. But oh, Raiders was pretty good. I can see why people are into it (it is also no better or worse than the other three).