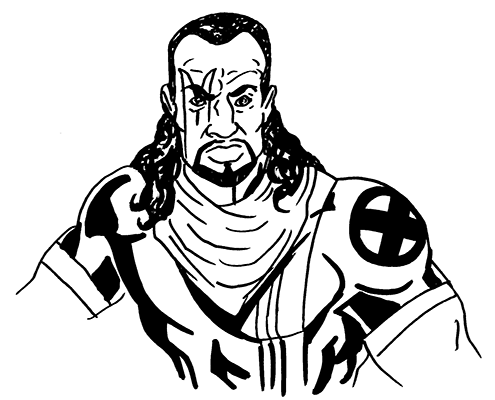 Bishop is probably the key component of the downfall of the X-Men books in the early 90s, even moreso than Cable. Not that he was a bad character, just representative of everything wrong with comics at the time – a character with a cool name, a big gun, mysterious and bad-ass. But nothing else. Eventually he was fleshed out, but for the most part, just a “kewl dude” with no real story, used to fuel plots that would never be resolved thanks to Scott Lobdell’s inability to have talent. To be fair, he and Fabian Nicieza were left dangling in the wind by Jim Lee & co. But no matter what, Bishop will always have the stink of early 90s in his jeri-curled mullet.